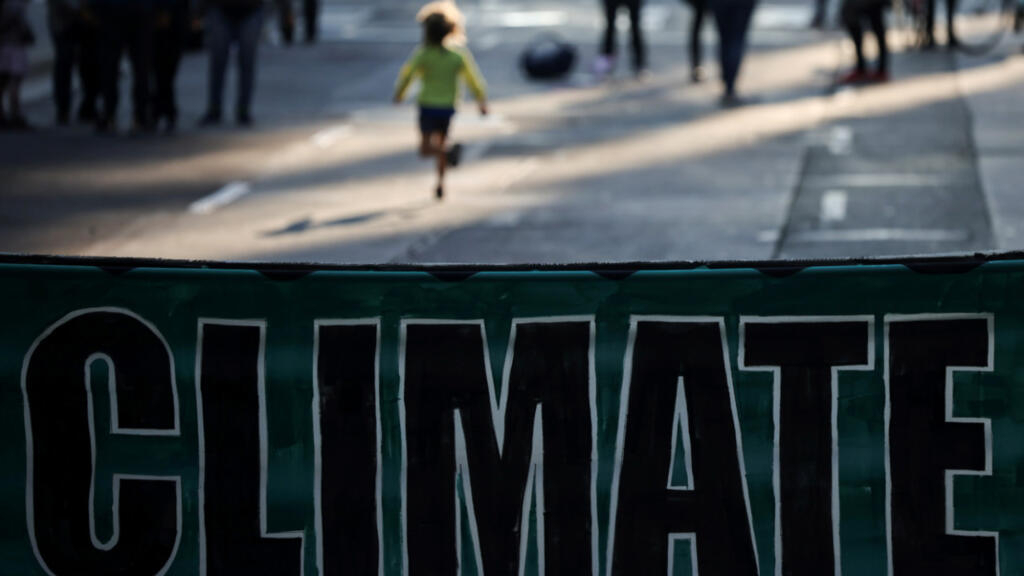 “Global warming is due to the sun”, “there is no scientific consensus on this question”, “flora and fauna will adapt” … Despite the COPs, or even the call of young people to climate, climate skeptics cling to their arguments. But what are they worth? The climatologist Hervé Le Treut answers the most widespread of them.

Scientists have been warning about it for years. During demonstrations, there are no more banners and placards plastering his name. Global warming is one, if not the main issue of this century. Yet faced with him, some are still doubtful.

The COP26 on climate change is being held in Glasgow from October 31 to November 12. On this occasion, France 24 has compiled some of the arguments opposed by climate skeptics – those for whom global warming is only a chimera, or who see it but nevertheless claim that human activity is not there. for nothing.

Contacted by France 24, Hervé Le Treut, climatologist, teacher at Sorbonne University, at the Polytechnic and at the Academy of Sciences, answers from a scientific point of view.

For 10,000 years, we have been in a stable climate. So what we are trying to protect is not the climate and the planet in general, but more specifically the climatic conditions which have allowed us to develop in the last twenty thousand years.

Of course, one may think that this is not useful, but the problem is whether or not we want to maintain ourselves in the state which allowed us to develop the conditions in which we are today. Maintaining these conditions while preserving the climate system is the major challenge.

This argument has been shown to be wrong and has been for a very long time. It is factual: we do indeed have fluctuations in the sun, with sunspots which mark the capacity of the sun to be more or less active. But these are not very large variations and, on the other hand, they are signals that are rapid (a usual cycle lasts 11 years). However, cycles of 11 years, we have made a certain number of them now, so we can clearly see that there are changes, in particular the increase in temperatures, which cannot be explained by the solar effect. . It would be impossible to defend scientifically.

We are faced with a problem that is complicated, and there are elements that are consensus, and others that do not. But those who are consensus, there are many. The fact that greenhouse gases (GHGs) are in the atmosphere and that they stay there for a long time, that they significantly cause warming that is very easily discernible when we look at what is happening in the global scale on the planet … These elements show that there is a significant warming, and there is no doubt a consensus.

Today, the arguments are there, and are visible to the naked eye for some: the rise of the sea level, the acceleration of the warming of the oceans, the melting of the great glaciers… A lot of things are going in one direction without any contrary element to oppose. So you have to have a lot of nerve to say that you have no signs of this problem, or that these signs are not enough.

True or false: “With the summer that we have just suffered, and the cold waves, how can we still talk about global warming? ? “

This type of argument is very boring because it reflects a misunderstanding of what the climate problem is and how it is developing.

The idea that we are dealing with systems that are both organized by human activities and organized by chaotic aspects that operate in unexpected ways is the reality of climate. We have, at the same time, things that develop in a coherent way, that we can anticipate, and others not.

The proof is not necessarily found locally. But when we look at the global scale, the number of abnormal situations that may have occurred (fires, floods), all of this is really something that we have not seen before with the same force. Recently, the IPCC has shown that this also concerns extreme events, such as cyclones.

The problem with the climate is that we are faced with risks that we cannot always predict. In the next ten days, we may have a meteorological situation that we do not know what it will be. On the other hand, when we look at how things are evolving globally, we are faced with phenomena that do not leave room for procrastination: we know that, for 50-60 years, the warming has been very strong. Stronger than natural fluctuations.

True or false: “The situation is not so serious, the IPCC is far too alarmist”

The report of the decision-makers of the IPCC is unanimously generated by all the signatory countries of the United Nations framework agreement. That’s a lot of countries [197, NDLR], because those who have not signed this framework agreement are very few. This unanimity is therefore extremely strong.

It is therefore very difficult to accuse the IPCC of saying false things. To say that the IPCC is too harsh, too alarmist seems to me, on the contrary, to be something of an exaggeration.

We are only at the beginning of everything that is happening. GHG emissions, climate change … To say emphatically that it will have no effect is not at all what science is showing today. We are at the beginning of something that began in the 1970s, which has become visible since the 1990s and which is growing exponentially. What will happen in the future, a priori, is a continuation of what is already happening. We are in a phase where warming continues and we know why, because it is linked to things that we have been able to anticipate by calculations that have turned out to be correct.

For humans, there will perhaps be a stronger adaptability than for other species, except that we are in a very inhabited world. In the old days, when humans adapted, it meant changing places, moving. Now the soil of the planet is shared, with very strict rules. This is one of the risks we face: the problem of having strong conflicts linked to migration, because the world is closed, we cannot go where we want. However, human adaptation will only be effective if we let people go where they want and move where they want, which is not the case today.

For animal and plant species, we see migrations which also accompany a very sharp decrease in the presence of most species in different countries. There is a very strong documentation on everything that is disappearing in terms of biodiversity, whether it is related to the types of agriculture, or the result of GHG emissions.

So with regard to the adaptation of species, we have a lot of indications that show that today, this is not the path that is emerging.

1 thought on “True or false: the arguments of climate skeptics scrutinized”