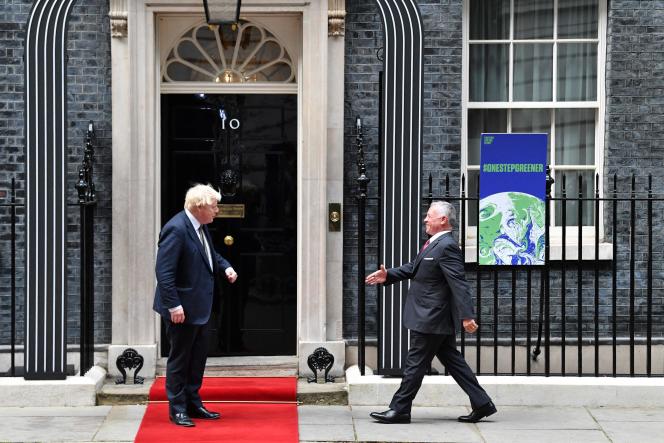 In mid-October, Boris Johnson spent a few days of vacation, with wife and child, in a luxury villa loaned by a conservative friend in Marbella, in southern Spain. The tabloids reveled in a stolen photo, where we can see the British Prime Minister on a terrace, in the shade, brush in hand facing an easel. Does the leader have nothing better to do, less than three weeks before the opening of the COP26 in Glasgow, of which his government is the host, than to paint canvases? and the Labor opposition.

The Prime Minister “Is often on the phone, he still discussed with Indian President Modi [le 11 octobre, depuis Marbella] “, tried to convince Allegra Stratton, Mr Johnson’s COP26 spokesperson, at a conference hosted by the Institute for Government think tank at the same time. “He explains to other leaders how we can achieve decarbonization of our economies by highlighting the example of the United Kingdom. The role of the government during this summit is to lead the negotiations and encourage the climate ambitions of other countries ”, added the ex-journalist. The apparent nonchalance with which Boris Johnson approaches the Glasgow summit, considered one of the last chances to meet the objective of global warming limited to 1.5 ° C, is in any case arousing criticism.

“It’s really irritating,” Queen Elizabeth II told Welsh officials, all these leaders who “speak rather than do”

His government recently seemed much busier reopening the Brexit front with Brussels (he wants to renegotiating the Northern Irish protocol) that to convince the leaders of the planet to increase their objectives of reduction of CO emissions2 or their financial contribution to the transition in developing countries. Mr Johnson has certainly found an effective slogan (“Coal, cars, cash and trees”) which he repeats in a loop – he explains that it is necessary to accelerate the exit from coal, to switch more quickly to electric vehicles, to give more money for the transition and to plant millions of trees. But the media especially retained his joke on Kermit the Frog, during his speech at the United Nations at the end of September (“Kermit was wrong to say it’s hard to be green, it’s easy to be green!” “).

They preferred to insist on the proclimate commitments of the royal family, in particular the launch by Prince William of the Earthshot Prize, a prize rewarding solutions to fight against global warming. Or on the words of Queen Elizabeth II, captured on the fly by a television camera, on the sidelines of a reception at the Welsh Parliament, on October 14: “It’s really irritating”, confided the sovereign to Welsh officials, all these leaders who ” speak rather than do “.

You have 59.25% of this article left to read. The rest is for subscribers only.

1 thought on “The moment of truth for Boris Johnson, who wants to be “exemplary” on the climate – archyde”