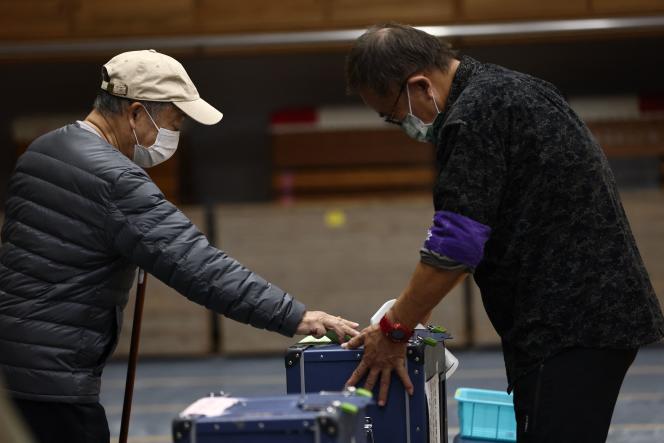 The polling stations opened in Japan on Sunday, October 31, for the legislative elections, for which some 106 million voters are called to decide on 1,051 candidates for 465 seats in the lower house of the Diet.

The new prime minister, Fumio Kishida, which dissolved the Chamber of Deputies on October 14, hopes to keep his post. In the previous legislature, the Liberal Democratic Party (PLD, nationalist right), dominating the Japanese political scene almost continuously for sixty-six years, held 276 seats and its ally, the Komeito party (center right), 29, or 305 seats in total. Their coalition thus had a solid parliamentary base, allowing control of all the levers of power.

But the context has changed a lot compared to the last legislative elections in 2017. Shinzo Abe, who appeared stainless as prime minister, resigned in September 2020 for health reasons. His successor, Yoshihide Suga, only lasted a year, victim of unpopularity records because of his management considered clumsy of the health crisis and his desire to maintain at all costs the Olympic Games in Tokyo this year.

Read also Article reserved for our subscribers Fumio Kishida, a moderate, will be the future prime minister of Japan

Elected president of the PLD at the end of September thanks to the support of the party’s caciques, then appointed Prime Minister by Parliament at the beginning of October, Mr. Kishida, 64, does not enjoy great popularity in public opinion. It was hovering around 50% at the start of October, one of the lowest for a new Japanese leader in twenty years.

At the end of a very brief seventeen-day campaign dominated by themes revolving around the pandemic and the economy, Mr. Kishida aims for the shortest absolute majority: 233 seats for the PLD and the Komeito together . A way to save face even in the event of a significant loss of seats.

“We must show the public that the PLD is resurrected”, had launched Mr. Kishida after his election at the head of the party. He promised to make the fight against Covid-19 his priority, but also to revitalize the economy and reduce growing social inequalities. However, he remained vague on the measures to achieve this.

Read also Article reserved for our subscribers In Japan, Fumio Kishida takes the head of a government far from the expectations of the population

The PLD has long benefited from a historically weak and fragmented opposition. But for these legislative elections, five opposition parties will cooperate in many constituencies, which could theoretically weaken it. “Mr. Kishida faces headwinds due to low popularity and more coordinated opposition”, summarizes Stefan Angrick, economist at Moody’s Analytics.

An eye on participation

On the other hand, the PLD has large resources and remains a master in the art of controlling the electoral process, especially in rural areas. “There are personal links between the families of his candidates and the voters, which go back several generations”, reminds Agence France-Presse (AFP), Mr. Cucek, professor of Asian studies at Temple University.

Another asset for Mr. Kishida and his party: the number of Covid-19 infections has fallen in Japan (around 270 new cases daily on the last seven-day average), after reaching records in August under the effect of Delta variant.

And after a difficult start at the beginning of the year, the vaccination campaign in the archipelago has become a success: more than 71% of the inhabitants have now received two injections, one of the highest rates among the countries of the Organization for Economic Co-operation and Development (OECD).

The electoral turnout, particularly low in Japan (53.68% in the legislative elections of 2017 and 52.66% in those of 2014), will be scrutinized on Sunday. A high abstention traditionally favors the PLD. The polling stations will close at 8 p.m. (noon in Paris).