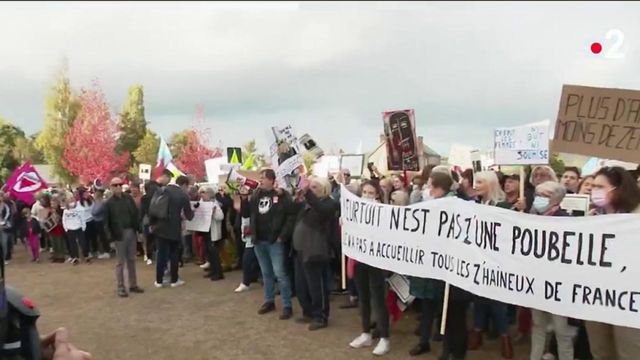 In Nantes (Loire-Atlantique), on October 30, a hundred opponents of the polemicist Éric Zemmour demonstrated against his coming, while he was passing through to promote his latest book. Although he has not yet announced his candidacy for the presidential election, the latter still makes the headlines.

The polemicist has his supporters, but also his detractors. In Nantes (Loire-Atlantique), demonstrators tried to prevent him from promoting books. A situation that is repeated in many places where Eric Zemmour passes. The police had to use tear gas to repel their opponents on Saturday, October 30.

Nantes does not seem to be an isolated case. Indeed, closely watched demonstrations broke out in Brittany and Biarritz (Pyrénées-Atlantiques). While he is not yet a candidate, each movement of the latter generates great tension. “Racism is not an opinion, it is a crime that is condemned. This is what we have come to say here. Eric Zemmour is outside democratic scope “, launched one of the 350 demonstrators against the ex-journalist in Loire Country. It will be near Lyon (Rhône) next Friday for a trip still under high protection.

1 thought on “Presidential 2022: demonstration against the arrival of Eric Zemmour in Nantes – Franceinfo”