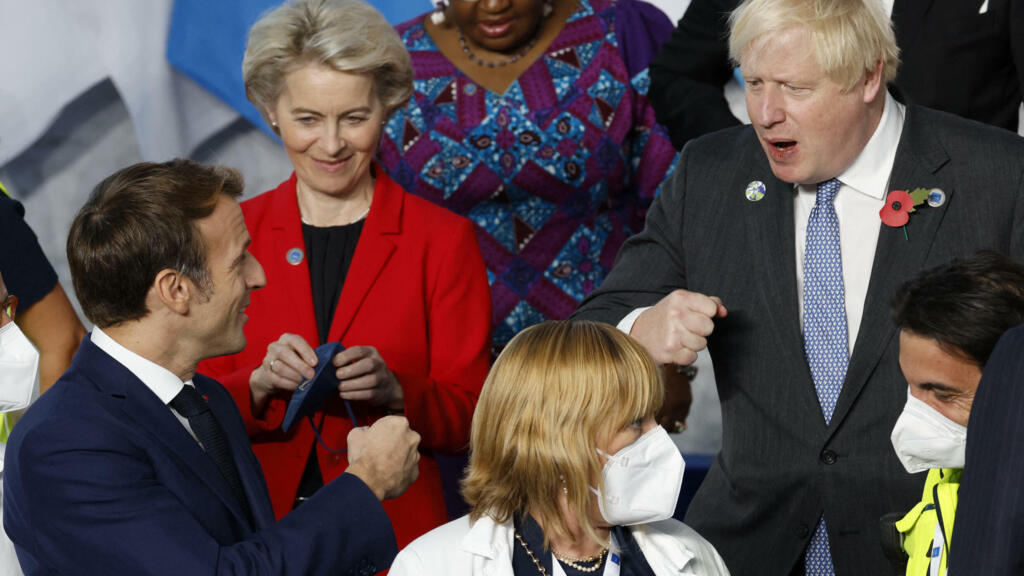 While Boris Johnson and Emmanuel Macron are due to meet on Sunday during the G20, the British Prime Minister complained on Saturday of “completely unjustified” threats from Paris on fishing licenses.

The standoff continues between London and Paris around fishing licenses. The British Prime Minister, Boris Johnson, complained Saturday, October 30, to the head of the European executive, Ursula von der Leyen, of the “completely unjustified” threats from Paris on the question and assured to consider “actively” a procedure for the first time.

This new rise in tensions comes on the eve of a meeting scheduled for Sunday between Boris Johnson and Emmanuel Macron and the day after the convocation by London of the French ambassador Catherine Colonna.

During a meeting with Ursula von der Leyen at the G20 summit in Rome, Boris Johnson expressed, according to Downing Street, his “concerns about the rhetoric of the French government” on this flammable subject between France and the Kingdom -United.

For her part, Ursula von der Leyen tweeted that the Commission was “intensely committed to finding solutions”.

Meeting with @BorisJohnson in the margins of # G20.

We talked about # COP26, as well as the negotiations on the Ireland / Northern Ireland Protocol and licensing for fishing boats. @EU_Commission is intensively engaging for finding solutions.

France criticizes the United Kingdom for granting too few post-Brexit licenses to its fishermen. She promised for lack of improvement to ban on Tuesday British fishing vessels from unloading their cargo in French ports and to strengthen customs controls on trucks.

A Sunday meeting between Boris Johnson and Emmanuel Macron

Far from calming down before the G20, tension rose further on Friday with the threat of London to implement “rigorous controls” on European boats spawning in its waters, if Paris does indeed carry out its threats.

For the G20 family photo, Boris Johnson arrived greeting Emmanuel Macron in an overly combative manner, but the two men did not appear to speak to each other. They have to do it one-on-one on Sunday.

The French president estimated in an interview to the Financial Times that the UK’s “credibility” is at stake.

Towards a procedure against Paris?

The post-Brexit agreement, concluded in extremis at the end of 2020 between London and Brussels, provides that European fishermen can continue to work in certain British waters under certain conditions.

London claims to have granted 98% of EU vessel license applications to fish in its waters, a figure disputed by France, which speaks of 90%.

Boris Johnson said on Saturday that he was ready to activate for the first time a conflict resolution tool provided for in post-Brexit agreements with the EU.

“But I believe that what everyone wants is cooperation between the European allies and Emmanuel Macron,” he added.

In a series of tweets, the British Secretary of State for Brexit, David Frost, added, specifying that London is “actively” considering launching the dispute resolution process. He called on the European Union and France to desist from “rhetoric and actions that make the situation more difficult”, expressing London’s “concern” and “surprise” at the words used by the Prime Minister French Jean Castex in a letter to Ursula von der Leyen, which caused a strong reaction in London.

In this letter revealed by Politico, the head of the French government considers that it is “essential to clearly show to European public opinion that the respect of the commitments made is not negotiable and that there is more damage to leave the European Union than to remain there “.

In this context, a British boat suspected of illegal fishing in French waters was still docked in Le Havre on Saturday awaiting the payment of 150,000 euros in deposit. Its captain is due to be tried next August.

Before the opening of the COP26 on the climate on Sunday in Glasgow, Boris Johnson said that the conflict over fishing “is frankly cat pee, incidental, compared to the threat against humanity we are facing”.

1 thought on “Fishing: London complains about French threats and “actively” considers an appeal”