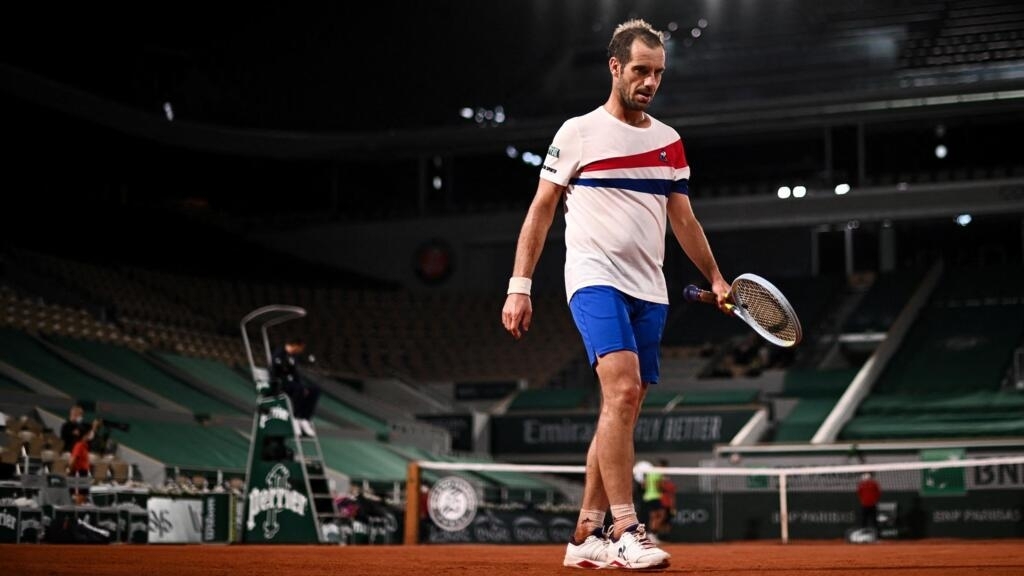 The defeat of Richard Gasquet, Thursday evening, sounded the death knell for the last French hopes in this Roland-Garros 2021. The Blues – men and women alike – are all absent from the third round of the tournament, a first since 1968.

This had never happened since the beginning of the Open era … in 1968. No more French tennis player appears in the third round of Roland-Garros. Worse than a massacre, it is downright a debacle, symptomatic of the crisis in French tennis, between the finishing generation and the late succession.

After the eliminations of Enzo Couacaud, Wednesday, then Gaël Monfils Thursday, June 4, the defeat of Richard Gasquet against Rafael Nadal on the evening of Thursday sounded the death knell for the last French hopes in this Roland-Garros 2021.

Already, in the second round, France had broken a sad record with only three survivors among the men. Again, this had never happened in 53 years.

18 French people at the start

From the qualifications, it was hardly time for optimism: none of the 21 French representatives had managed to get a sesame for the main draw.

Despite everything, there were 18 Blues among the boys at the start of this Roland Garros, a figure broadly identical to that of recent years, even if seven had to benefit from an invitation.

But the first round did not give them any gifts. With only two seeds (Monfils and Ugo Humbert), little chance of escaping the big fish at the start of the tournament.

Jérémy Chardy thus inherited from the world number 5 Stefanos Tsitsipas, Pierre-Hugues Herbert (83rd) from the Italian nugget Jannik Sinner (19th) and Benoît Paire from one of the men in form of the moment, Casper Ruud.

In all, 12 tricolors faced higher ranked players in the first round. Among them, Hugo Gaston, cleared up in the sky of the Blues last year at Roland Garros, where he reached the knockout stages.

Add to this a few players still recovering (Tsonga, Pouille) and others from the secondary circuit (Rinderknech, Bonzi), with little or no experience of the Grand Slam. The grounds for hope were slim.

And the reality turned out to be in line with expectations. For French tennis, the 2021 edition of Roland-Garros ends prematurely with a sad record.

A situation that many French players observe, helplessly, like Gasquet: “It is true that it is a little more difficult at the moment, the results have not been exceptional since the beginning of the year” .

Others like Monfils first point out their own shortcomings. “It’s me. I lost. I’m not doing a global one. I’m disappointed, so I don’t think about the others,” he explained Thursday.

These two 34-year-old players are however those who held out the longest in this Roland-Garros, illustration of the difficulties of French tennis in finding heirs to the golden generation of “New Musketeers” (Simon, Tsonga, Monfils, Gasquet), all former members of the Top 10.

“It was a period of French tennis which was beautiful for everyone. (…) But it is a generation which will soon be leaving”, underlined Gasquet. “It’s a bit of the end of an era. (…) It is now up to the succession to take over,” said Gasquet on Thursday evening after his defeat.

“The Japanese, the Chinese (…) everyone is looking for a champion. Today, in France, we are looking for”, also recognizes Tsonga.

“Hollow of the wave”

So who ? Adrian Mannarino and Benoît Paire are already 32 years old, Pouille is chasing his best level after his elbow injury, Humbert and Corentin Moutet still lack consistency.

The Bonzi, Rinderknech, Couacaud, from the Challenger circuit, lack experience in major tournaments. As for the Gastons, Arthur Cazaux and others Harold Mayot, barely 20 years old, they have not yet reached their full maturity.

Still, there are still reasons for hope, according to Tsonga. The future French champions, “there are some, you just have to develop them, make them grow in a positive way”.

Guy Forget, the boss of Roland-Garros, is also optimistic. “I am convinced that the young people that we have now, the 16-18 years old, probably within 1 to 3 years, will take up the torch, as has been the case for 25-30 years when we had low points In general, it bounces back, but we must not be idle, “he told AFP on Thursday.

“You have to believe it. There are good players who are there behind. It is now up to the elders to push them up”, also judged Gasquet.

Of course, zero French in the third round, “it is a light that has just come on”. But Gilles Moretton, the president of the French Tennis Federation, “will do everything to ensure that from next year it starts again towards something positive”, assured Forget.