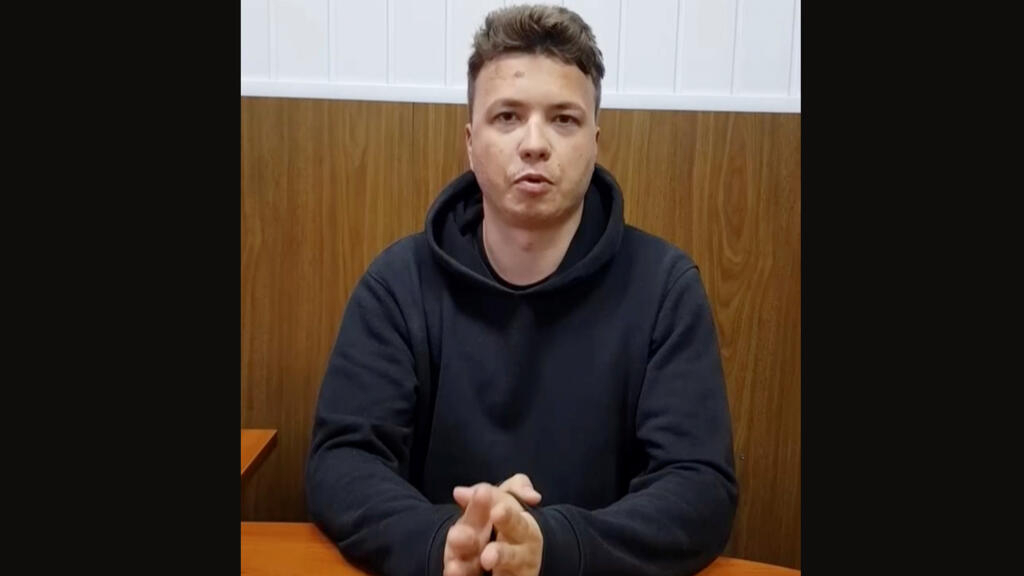 Journalist Roman Protassevich, arrested on May 23 during the hijacking of a European airliner through Minsk, appeared on Thursday in a new video, probably filmed under threat, in which he claims to have called for protests against the Belarusian regime.

Belarusian public television broadcast, Thursday, June 3, filmed statements in which an opposition journalist recently arrested after the diversion of his plane admits his guilt and says he wants to correct his mistakes, a confession filmed “under threat” according to his relatives and an NGO.

Former editor-in-chief of the opposition media NEXTA, which played a key role in the historic protest movement in Belarus in 2020, Roman Protassevich, visibly uncomfortable, claims to have called for protests against the regime and ensures respect President Alexander Lukashenko. The 26-year-old journalist also says he wants to correct his mistakes and lead a quiet life, far from politics.

A few hours before the interview was broadcast, the human rights NGO Viasna denounced remarks obtained “under threat”. “Everything that (Roman) Protassevich will say will have been obtained after threats, psychological at least, and under the threat of unjust but very serious accusations of which he is the subject,” told AFP Thursday morning the director of Viasna, Ales Beliatski. “Whatever he says now is pure propaganda that has no part of the truth,” he continued.

The journalist’s father, Dmitri Protassevich, also considered that these televised confessions were the result of “violence, torture and threats”. “I know my son very well and I am convinced that he would never say such things,” he told AFP.

Roman Protassevich was arrested on 23 May along with his 23-year-old Russian companion, Sofia Sapega, after their Ryanair airliner made an unplanned landing in Minsk, the capital of Belarus, when he had departed from Athens and was to land in Vilnius, Lithuania. The Belarusian authorities justified the rerouting of the plane, which was flying over their territory, with a bomb threat.

This affair sparked an international outcry and the announcement of new sanctions against Minsk, the opposition and Western capitals denouncing a subterfuge of the regime of Alexander Lukashenko to arrest the opponent.

In Belarus, Roman Protassevich is being prosecuted for “organizing” riots, a crime punishable by 15 years in prison.

The day after the opponent’s arrest, while independent media worried about his state of health, the Belarusian authorities broadcast a video of Roman Protassevich in which the latter said he had “confessed”. Her Russian friend, Sofia Sapega, also appeared in a video where she confesses to crimes. Each time, the opposition denounced recordings obtained under duress, a practice long used by the regime of Alexander Lukashenko.