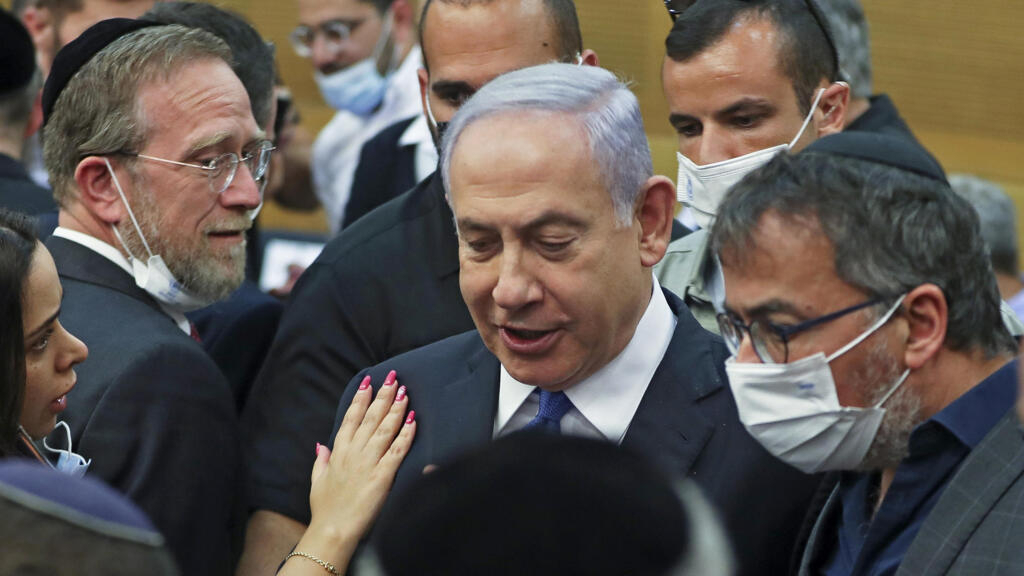 The Israeli Prime Minister, who risks being dislodged by a motley political coalition led by the centrist Yair Lapid, is maneuvering to prevent the latter from obtaining the vote of confidence in Parliament. The next few days promise to be decisive.

Israel is approaching, Friday, June 4, the end of an era after the formation in extremis of a motley coalition which could in the coming days oust from power Benjamin Netanyahu, Prime Minister longest in office in the history of the country.

This unprecedented coalition is made up of eight parties – two from the left, two from the center, three from the right and an Arab formation – that everything opposes, except the desire to remove Benjamin Netanyahu from power.

Parliament’s vote of confidence in the government team must take place within a week, but Benjamin Netanyahu began on Thursday to increase attempts at destabilization, hoping for last-minute defections. “All deputies elected with the support of the right must oppose this dangerous left-wing government,” he tweeted in the morning, breaking his silence since the proclamation of the coalition agreement.

From his personal Twitter account, the leader of Likud, party of Benjamin Netanyahu, for his part called on his former right-wing allies to “withdraw now” their signatures. The support of the leader of the radical right Yamina party and former ally of the Prime Minister, Naftali Bennett, was crucial in the formation of the anti-Netanyahu coalition.

The negotiations that led to this agreement lasted several days, against a backdrop of rumors, pressure and tension. The news fell at 11:25 pm Wednesday, a few tens of minutes before the expiry of the deadline: Yaïr Lapid, head of the centrist Yesh Atid formation, announced that he had “succeeded in forming a government”. With the support of 61 deputies (out of 120), this agreement should put an end to two years of political crisis marked by four elections and no stable government.

If the Islamist Arab formation Raam, led by Mansour Abbas, signed the agreement, it does not plan to participate in this cabinet.

Naftali Bennett, former assistant to Benjamin Netanyahu who became his rival, will be the first head of government until 2023, before being replaced by Yair Lapid until 2025, according to Israeli media. Unless this motley coalition – divided on economic issues, security and the sensitive issue of the relationship between state and religion – does not burst into flight.

The United States will in any case remain an ally of the Hebrew state, Washington assured Thursday. The United States’ “unwavering support” for Israel will remain unchanged “whatever happens, whatever the government,” US diplomacy spokesman Ned Price told reporters. “Nothing will change even if the government changes.”

He also confirmed Washington’s intention to help bail out Israel’s anti-projectile shield, whose missiles were heavily used during the eleven days of conflict with the Palestinian Islamist movement Hamas in the Gaza Strip last May.

1 thought on “Israel: Benjamin Netanyahu tries to blow up the coalition before a vote of confidence”