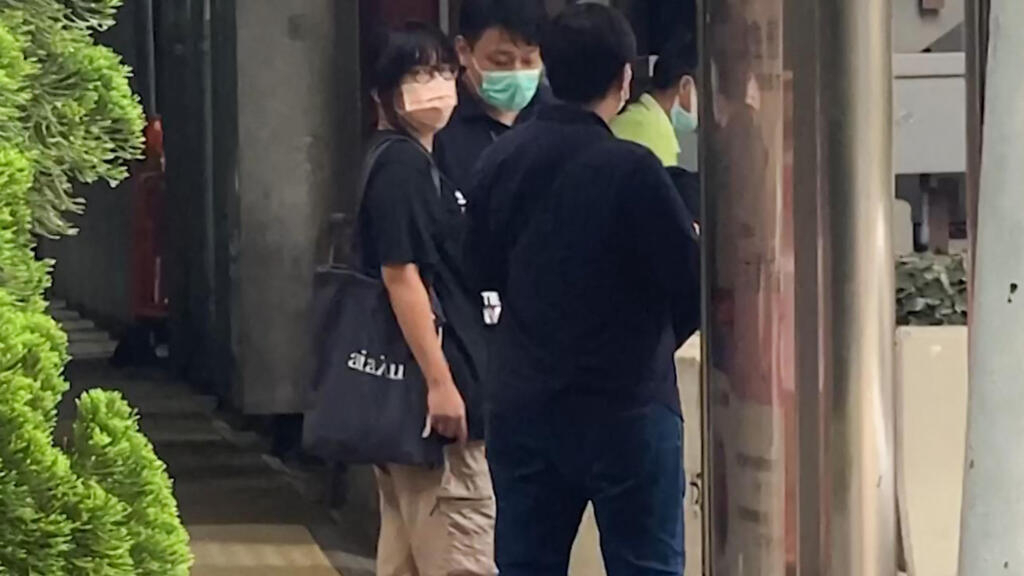 Leader of a group organizing vigils in tribute to the victims of the Tiananmen repression, Chow Hang Tung was arrested in Hong Kong on Friday. The vigil on June 4 had been banned by the authorities but the activist still intended to go to Victoria Park and meditate.

Hong Kong police arrested on Friday, June 4, activist Chow Hang Tung, vice-president of a group which organizes vigils in memory of the victims of the murderous repression of the Tiananmen democratic movement, on June 4, 1989 in Beijing, said two of his collaborators.

The arrest comes as thousands of police have to patrol the city’s streets to prevent people from gathering to commemorate the June 4 crackdown, in what activists see as a sign of a shift towards authoritarianism in Hong Kong. According to them, this heightened vigilance by the authorities constitutes a violation of the freedoms of expression and assembly dear to Hong Kong.

The former British colony, which was promised a high degree of autonomy from Beijing when it returned to Chinese rule in 1997, traditionally holds the world’s largest wake for the victims of Tiananmen.

In the early hours of Friday morning, four people presented themselves as plainclothes police in front of activist Chow Hang-tun, in front of her office building in the city center, and declared that they were proceeding with her arrest, a journalist from AFP. The activist was then driven in a black sedan before being taken away. A police source told AFP that Chow Hang-tun was arrested under section 17A of the public order ordinance.

Chow Hang Tung was arrested for encouraging an unauthorized rally, Chiu Yan Loy, executive member of the Hong Kong Alliance to Support China’s Democratic Patriotic Movements, told Reuters by SMS. “She just wanted to go to Victoria Park, light a candle and pray,” Chiu Yan Loy said, adding that he believed the arrest was meant to frighten people who were planning to attend the vigil.

Police have banned gatherings for the second year in a row, citing the Covid-19 pandemic. She did not say whether the Tiananmen commemoration would violate China’s national security law in 2020.

City leader Carrie Lam did not comment on the commemorations, merely saying that citizens must obey the law, as well as the Communist Party, which is celebrating its 100th anniversary this year. June 4 commemorations are banned in mainland China.

Last year in Hong Kong, thousands of people defied the ban, and lit candles across the city in memory of the victims of the crackdown on June 4, 1989.

With Reuters and AFP