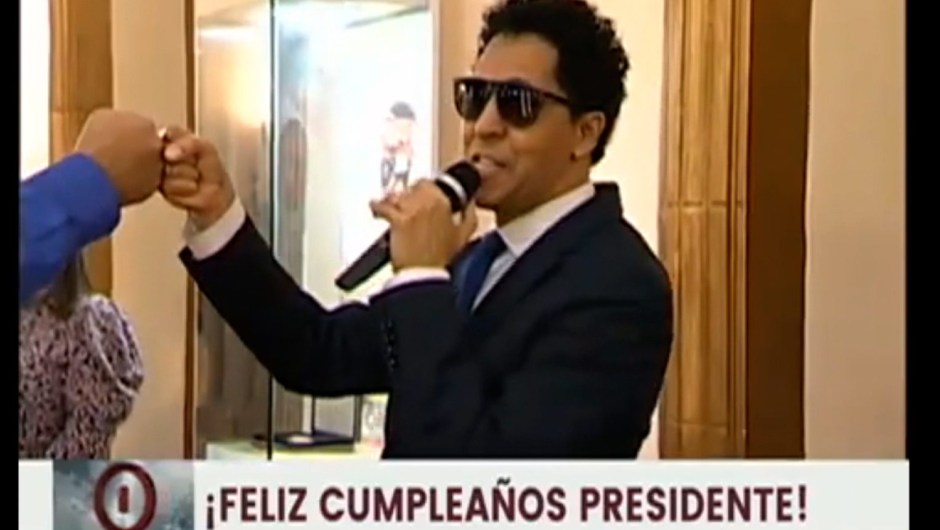 (CNN Spanish) – The Dominican merengue singer Bonny Cepeda claimed not to have been charged for performing at a birthday party of the questioned president of Venezuela, Nicolás Maduro, and said it was a mistake on his part to have said that he received fees for his presentation.

“That was a mistake on my part,” Cepeda told CNN this Thursday in Santo Domingo when asked why he said he had received US $ 60,000 to sing on Maduro’s birthday.

He initially said that this event was in 2019, when there was no covid-19 pandemic. However, before another question from CNN, he clarified that this, in effect, occurred in November 2020.

“I was not paid in that presentation,” he clarified. Cepeda later explained that he was in Venezuela for “private activities” and that he was invited to Maduro’s birthday. He says that he did sing there, but that there were no fees involved.

The clarification is given after the singer, who is also the vice minister of Culture of the Dominican Republic, said this Tuesday on the Alofoke Radio Show program that he received that sum to sing in the celebration of Maduro.

“We Dominicans are very sarcastic,” he told CNN on Thursday while explaining why he said earlier that he had received that money. “Something I said colloquially has been repeating itself,” added the artist.

The artist’s comment on the radio show drew criticism from social media users and members of the Venezuelan opposition. The criticisms are based above all on the situation of economic and social crisis and the celebration in the midst of a pandemic, especially when the borders were restricted for the majority of citizens.

The Venezuelan government has so far not ruled on the controversy. CNN contacted the Presidency and the Ministry of Communication but has not yet received a response.

In a video that was broadcast live on the state channel VTV on November 23, 2020, Maduro with his wife, Cilia Flores, is observed at the Miraflores Palace receiving Bonny Cepeda who sings her famous song “Una fotografia” together Venezuelan singer Omar Enrique.

Later, the president thanks the artists who “surprised” him in the celebration of his 58th birthday. “I was surprised by Bonny Cepeda who appeared like this without permission from the Dominican Republic, I hope they forgive him,” he said with a laugh.

1 thought on “Singer Bonny Cepeda is dismissed: now she claims that she did not charge US $ 60,000 to sing on Maduro’s birthday”