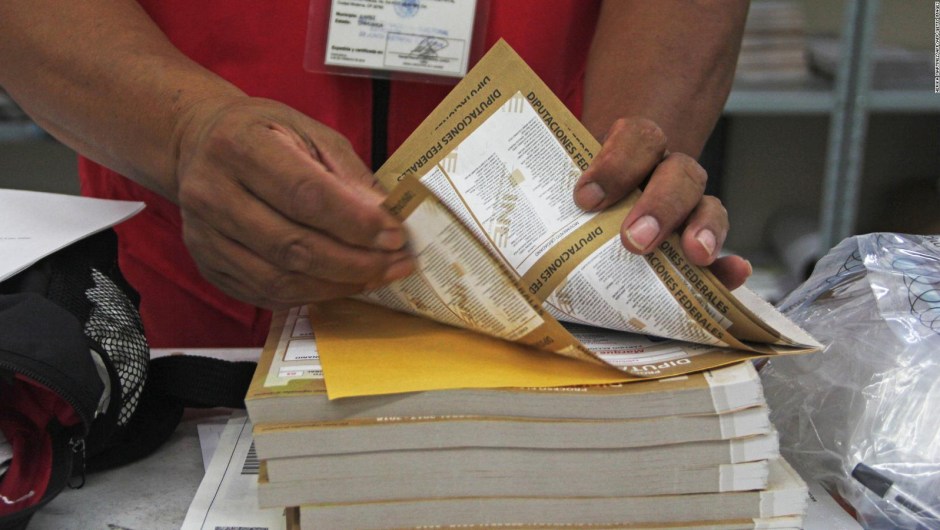 Editor’s note: Estefanía Veloz is a young feminist, activist for women’s sexual and reproductive rights. She is a lawyer, television presenter, political analyst, and columnist for various Mexican media. She is the host of the program De Buena Fe, produced and broadcast by Channel Once, of the Mexican public television. The opinions expressed here are solely his.

(CNN Spanish) – By now, we all know that the largest elections in the history of the country will be held on June 6, that 93 million citizens will be able to exercise their right to vote, in order to elect more than 21,000 positions throughout Mexico. The governorships of 15 states are at stake, the legislative majority in Congress, but it is not only that: in this election the continuity of the nation project that seeks the fourth transformation of the public life of the country is at stake or, as its alternative, the return to the failed status quo of an opposition thirsty for power that seeks nothing more than to block the executive’s projects.

Faced with the evident majority intention of the vote for Morena – attested by polls – there are still those who believe, and among them many national media, that the opposition has some chance of winning. This lack of objectivity –or directly simulation– impairs their ability to make a correct reading of the possible electoral result. Instead of examining complex Mexican politics, they set about interpreting the moods of President Andrés Manuel López Obrador in the morning conference he holds from Monday to Friday.

Political analysts have paid very little to the democratic discussion, who have stopped on more than one occasion in some temple of the opposition alliance. And if this election day has served one purpose, it is for all power groups to show their affiliations, now without masks, in desperation to lose their privileges. So much so that there are those who have pointed out the call that parties and movements, such as Sí por México, make to business leaders to motivate their collaborators to vote as an attempt to coerce the vote.

The configuration of the opposition alliance has left much to be desired: it lacks a government project, proposals, and depends on outdated figures like the Calderón-Zavala; It also joins a unbridled business class against the “tyranny” of the Government that has actively sought that those who owe taxes pay them, making it clear that their political project is to return to the fiscal privileges of the past.

And it is that the remoteness of the people and the frivolous and meaningless speech that seeks to ask the population to vote for those who already had the opportunity to govern and failed, shows that the opposition simply did not know how to live up to what it probably was. the only chance they had left to be politically relevant and to be able to appear in the presidential elections of 2024.

The opposition brought together small pieces of broken opposition parties, corporate civil society, large corporations, and far-right religious organizations. And if all that does not give them to remove the majority from the president, then they will have to accept defeat and understand that, although they said that in this election the performance of López Obrador was qualified, a positive result would reflect the will of the majority in favor of the fourth transformation.

After June 6, with all the cartridges spent, the opposition will have to reinvent itself or die. If they really intend to pay for the development of the country, they need to reformulate their objectives and consider a national project that goes beyond removing the president from the National Palace. Meanwhile, as far as that comes, after June 6 – with a majority in Congress – AMLO still has three years left to consolidate the future of Mexico’s political life and lay the foundations for a substantial change in all Government structures.

Ukraine, a Moscow attack? Not a new Crimea but an extension of the Donbass

One thought on “OPINION | Elections Mexico: a defeat announced”