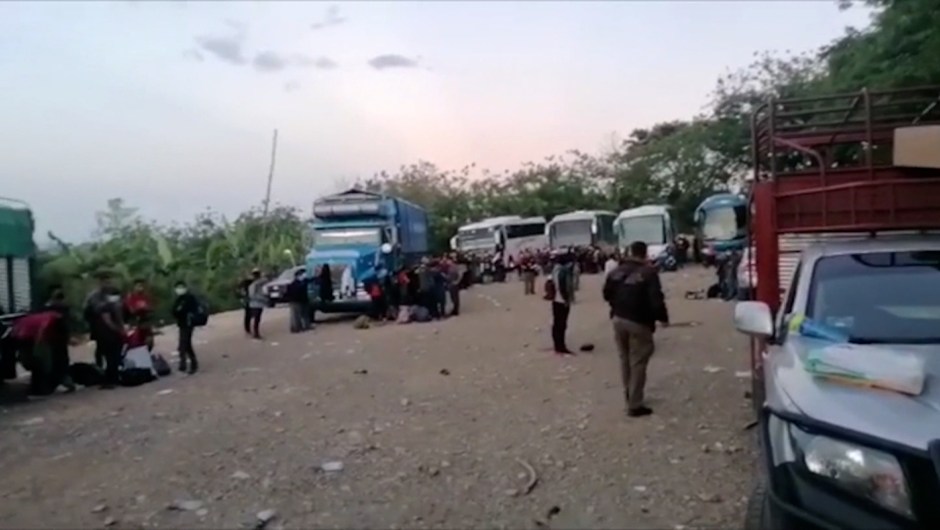 (CNN Spanish) – The Attorney General’s Office (FGR) reported this Thursday in a statement that a complaint for alleged fraud led to the discovery of 194 undocumented migrants in southern Mexico.

The Central Americans, among whom were minors, were found in a property in the municipality of Ocozocoautla de Espinosa, Chiapas, after a search was carried out after the “complaint of a person of Guatemalan nationality, who claimed to be a victim of a scam by people who allegedly are involved in bringing undocumented immigrants to the United States.

The Prosecutor’s Office did not give details about the type of fraud reported.

The statement said 12 vehicles were found at the scene, including cars, buses and a motorcycle.

The undocumented, from Guatemala, Honduras, El Salvador and Nicaragua, were placed at the disposal of the National Migration Institute (INM).

The INM had not commented publicly on the incident and a message sent by CNN seeking more details was not immediately returned on Thursday.

For its part, the Prosecutor added in the statement that “it will continue with the investigations to locate the probable perpetrators of the events related to the search procedure” and prosecute the case.

Death of Gaspard Ulliel: the other skier was heard as a witness

One disaster after another: Peru declares a state of environmental emergency, thousands of barrels of oil pollute 21 beaches – NEW TIME