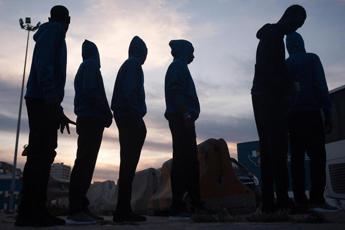 The Danish Parliament has approved a law that allows asylum centers to be set up in countries outside Europe. This was announced by the ‘Ritzau’ news agency, according to which the new law – proposed by the Social Democratic Party of Prime Minister Mette Frederiksen and supported by the liberals of Venstre – allows asylum seekers to be transferred by plane to other states where they will have to wait for the outcome of their application. So far, explains the newspaper ‘Jyllands Posten’, Denmark has discussed the possibility of opening these centers with Rwanda, Tunisia, Ethiopia and Egypt. However, there are still no concrete plans for their implementation. Asylum seekers do not necessarily have to go to Denmark, but – in the intentions of the Copenhagen government – they will have to stay in the country where they submitted their application. The UN refugee agency (UNHCR) has harshly criticized the Danish plans. “Transferring the asylum procedure and refugee protection to another country outside Europe is not a responsible and sustainable solution and is also in contradiction with the principles on which international cooperation for refugees is based,” he said. Henrik Nordentoft, UNHCR representative for the Nordic and Baltic states who explained that he feared a domino effect.

1 thought on “Denmark, law on asylum seeker centers outside Europe”