Sino-German imbroglio around a biography of Xi Jinping 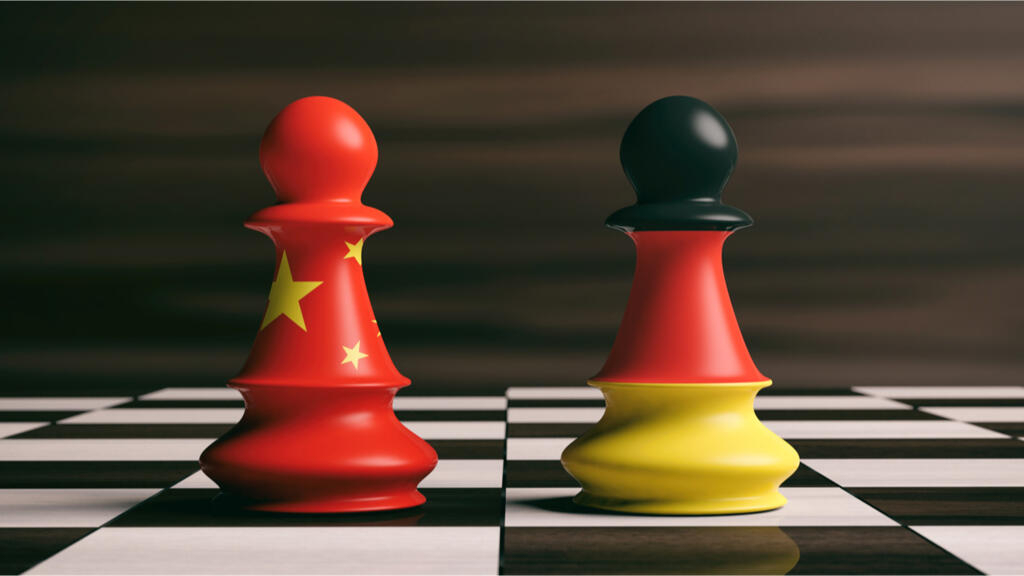 A presentation of the book “Xi Jinping, the most powerful man in the world” had to be canceled in Germany because of pressure exerted by Beijing, before being rescheduled at the last minute, for Wednesday.

This is the fashionable subject in France among those who cry out for the growing danger of the policy of Chinese influence in France. Beijing’s entryism strategies in higher education are so worrying that a Senate report, published in early October, was even devoted to it. And Germany has just provided a life-size illustration of how China can export its censorship on subjects it doesn’t like.

Across the Rhine, this is a new biography of Chinese President Xi Jinping, which finds itself at the heart of a balance of power between academia and China. Duisburg Essen University (in western Germany) had planned to organize, Wednesday, October 27, a presentation of the book “Xi Jinping, the most powerful man in the world”, by journalists Adrian Geiges and Stefan Aust . It had to be canceled first, Saturday, after the withdrawal from one of the organizers, the Confucius Institute in Duisburg.

Xi Jinping “an intangible and inviolable being”

Sensing the wind of Chinese censorship blowing on the organization of this event, during which the practice of power by Xi Jinping should have been debated, the university urgently sought a replacement to set up this reading-debate. Finally, the East Asian Research Institute in Duisburg agreed on Tuesday to take up the torch in extremis to maintain the date of October 27.

“We cannot be 100% sure that this is an attempt at censorship, but it is clear that we will be asking questions of this Confucius Institute. The freedom of teaching and research is a central value for us and the rector has made it clear that he does not want this to happen again ”, indicated the University of Duisburg, contacted by France 24.

The editor of this new biography of the Chinese leader, Piper Verlag, is much more affirmative about the Chinese censorship attempt. “The Tongji University of Shanghai and the Chinese consul in Düsseldorf, Feng Haiyang, intervened to prevent this event from taking place,” said a spokeswoman for Piper Verlag, contacted by France 24. She added that, during telephone contacts with the German Confucius Institutes to understand what happened, one of the interlocutors allegedly affirmed “that we should not speak of Xi Jinping as if he were an ordinary person, because he is a be intangible and inviolable ”. But this “is not the official position of the Confucius institutes in Germany,” said Piper Verlag in a press release.

For the publisher, this justification proves above all that the order to block the holding of this presentation must have come “from above” in Beijing.

Contacted by France 24 about this strange description of the Chinese president, the Confucius Institute in Duisburg preferred to kick in touch. “We are currently reflecting together at the Confucius Metropolis Ruhr Institute on the situation, and for the moment prefer not to answer this question”, he indicates. He only precise having decided to withdraw from the event after “having noted the differences of point of view between the Chinese and German partners [de l’Institut]”. These organizations typically have a dual management, made up of a representative of the host country and a Chinese.

The role of Confucius Institutes

The Xi Jinping biography affair also raises the question of the role that these Confucius Institutes should play in Beijing’s eyes. Traditionally, they have always been regarded as the most benevolent aspect of Chinese influence politics. There are more than 500 branches of these organizations around the world, including 19 in France. Created in 2004 by the Chinese Communist Party, their mission is to promote Chinese language and culture. Tens of thousands of people are learning Chinese in more than 140 countries through Confucius Institutes.

Not what, a priori, to cry out for the export of Chinese propaganda. It is the same mission that falls to the Alliance française pour la France. The University of Duisburg would like to point out that “we have never had a problem with this organization before”. And, the Confucius Institute of Duisburg confirmed to France 24 “never to have withdrawn its support for the organization of an event within the university”.

But some fear that, under the effect of the Sino-American tensions, the Confucius Institutes begin to act as the academic arm of Beijing. In Canada, these organizations are thus suspected of “being controlled by the Chinese Communist Party” to defend the interests of the regime abroad, recalls the French Senate report.

Several countries have, moreover, started to crack down. Sweden was even the first in Europe to close all Confucius Institutes on its territory in May 2020, while conservatives in the United Kingdom have been campaigning for two years to suspend the activity of these institutions on British soil. “We have given too much space to the Confucius Institutes” in Germany, regretted, for his part, the Minister of Education, Anja Krajicek, in June 2021.

For the detractors of these branches of Chinese influence, the “isolated” incidents similar to the one which has just occurred in Germany would tend to multiply. In 2019, there was the resignation, then the expulsion from Belgium of Song Xining, the director of the Confucius Institute attached to the Vrije University of Brussels (VUB), accused of having used the organization to spy Chinese students in the Belgian capital. In April 2021, it was the turn of the Confucius Institute in Bratislava to make a name for itself, after its director threatened with death a researcher who was working on Beijing’s entry into the Slovak academic world, reminds Le Monde.

So many regrettable precedents but “which should not lead to overestimating the role of these Confucius Institutes”, underlines Antoine Bondaz, specialist in China at the Foundation for Strategic Research (FRS), contacted by France 24.

He knows the pressure that Beijing can exert on the academic world, after being himself called a “small strike” and “troll” on Twitter by Lu Shaye, the Chinese ambassador to France.

For him, “there are other Chinese influence networks in academia much more problematic than the Confucius Institutes”. For example, the “1000 talents program”, which aims, since 2008, to attract researchers to come and work in China, has often been accused, notably by the American FBI, to be a means of cultivating scientific relays around the world in order to benefit from foreign know-how and technologies. “Because we must not be mistaken, assures Antoine Bondaz, the top priority for China is the capture of technology abroad”.