Live: Emmanuel Macron speaks on the restitution of works of art in Benin 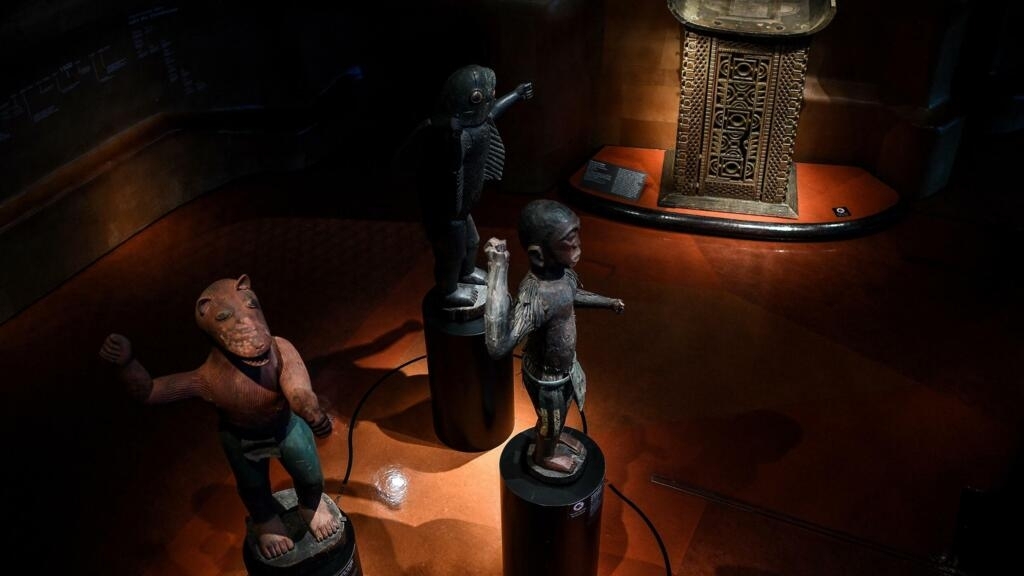 Emmanuel Macron chairs, at the Quai Branly-Jacques Chirac museum, the ceremony organized for the restitution of 26 works from the royal treasures of Abomey to the Republic of Benin, present in France for 130 years. Follow his speech live.

France acts, Wednesday, October 27, the restitution in Benin of 26 works of the royal treasures of Abomey, preserved until now at the museum of the quai Branly. President Emmanuel Macron is on hand for the occasion, to preside over the restitution ceremony.

Royal statues, wooden doors and dance sticks, precious testimonies of the kingdom that reigned in the 18th and 19th centuries over what is now southern Benin, are among the 26 works returned by France to their country of origin.

This retrocession is the result of the request of numerous associations, of the Beninese President Patrice Talon, and of a law passed in 2020, in France, allowing the restitution of works from one country to another.

The French president pledged on November 28, 2017, at Ki-Zerbo University in Ouagadougou, to make possible within 5 years the conditions for the temporary or final restitution of African heritage in France.

One thought on “Live: Emmanuel Macron speaks on the restitution of works of art in Benin”