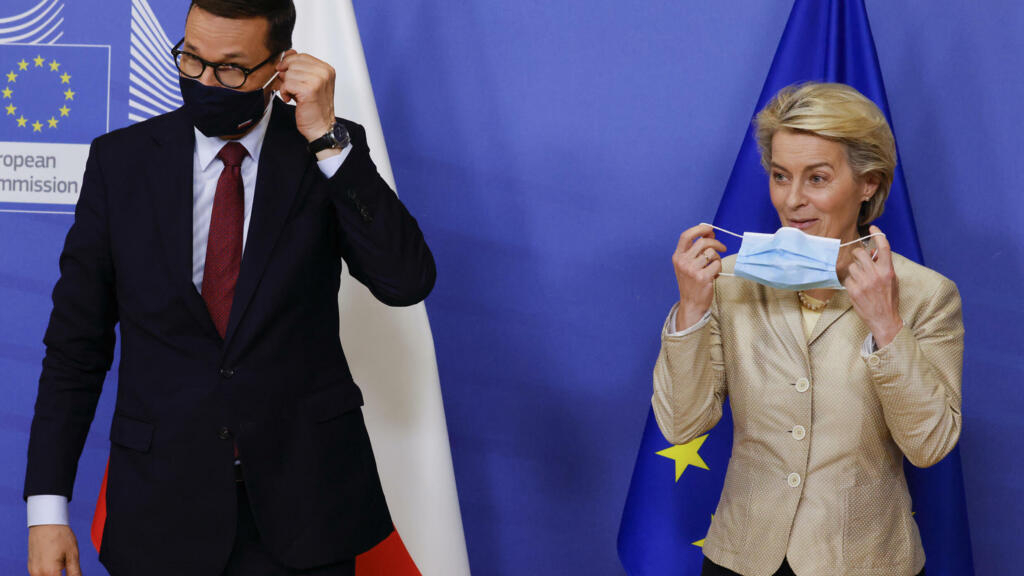 The European Union on Wednesday condemned Poland to a fine of one million euros per day for the lack of independence of its judiciary.

The European sentence has fallen. The dispute between Warsaw and Brussels over the lack of independence of judges worsened further, Wednesday, October 27, with the condemnation of Poland to a fine of one million euros per day by the EU justice.

This decision punishes Poland’s failure to comply with a judgment of the Court of Justice of the EU (CJEU) which, on July 14, ordered the immediate cessation of the activities of the disciplinary chamber of the Polish Supreme Court.

In a first reaction, Warsaw accused the Court of “overstepping and abusing” its powers in matters of financial sanctions, through the voice of a Secretary of State for Justice, Sebastien Kaleta.

The head of the Polish nationalist conservative government, Mateusz Morawiecki, pledged until recently to abolish this chamber, the abolition of which had already been announced in August by Warsaw but which continues to function.

>> Poland denounces the blackmail of the EU: the crisis between Brussels and Warsaw invites itself at the top

This body, set up as part of a controversial reform of the Polish justice system, is responsible for supervising judges, with the power to lift their immunity to expose them to criminal prosecution or reduce their salaries.

The CJEU had estimated, in July, that this chamber “did not offer all the guarantees of impartiality and independence” and was “not immune to direct or indirect influences from the legislative and executive powers”.

“Compliance with the provisional measures ordered on July 14 is necessary in order to avoid serious and irreparable damage to the legal order of the European Union as well as to the values ​​on which this Union is founded, in particular that of the State of right, “the court stressed on Wednesday.

A financial sanction was requested from the Court on September 7 by the European Commission on the grounds that “the EU’s judicial systems must be independent and fair”.

According to a European source, the fine was to apply from Wednesday, once Poland notified of the order issued by the Court.

Warsaw has been in conflict with Brussels for several years over judicial reforms undertaken by the ruling Nationalist Conservative Party (PiS), accused of undermining the power of judges.

Tensions have increased further since a decision, on October 7, by the Polish Constitutional Court, which declared certain articles of European treaties incompatible with the national constitution. A thunderclap for Europeans, who see it as an unprecedented attack on the rule of EU law and respect for the decisions of the Court.

The lack of independence of the Polish judiciary and the rule of European law were one of the dominant topics of the European summit at the end of last week.

The Twenty-Seven had played the card of appeasement, with Germany carrying all its weight, while reserving the possibility of subsequent retaliatory measures.

While ensuring that it wants to remain a member of the European Union, which it joined in 2004, Poland has repeatedly denounced “blackmail” from Brussels.

Poland’s € 36 billion post-Covid recovery plan is currently frozen by the Commission, which is calling for guarantees on the independence of the Polish judicial system.

One thought on “EU sanctions Poland for breaches of judicial independence”