MacBook Pro 2021: this is what its innards look like 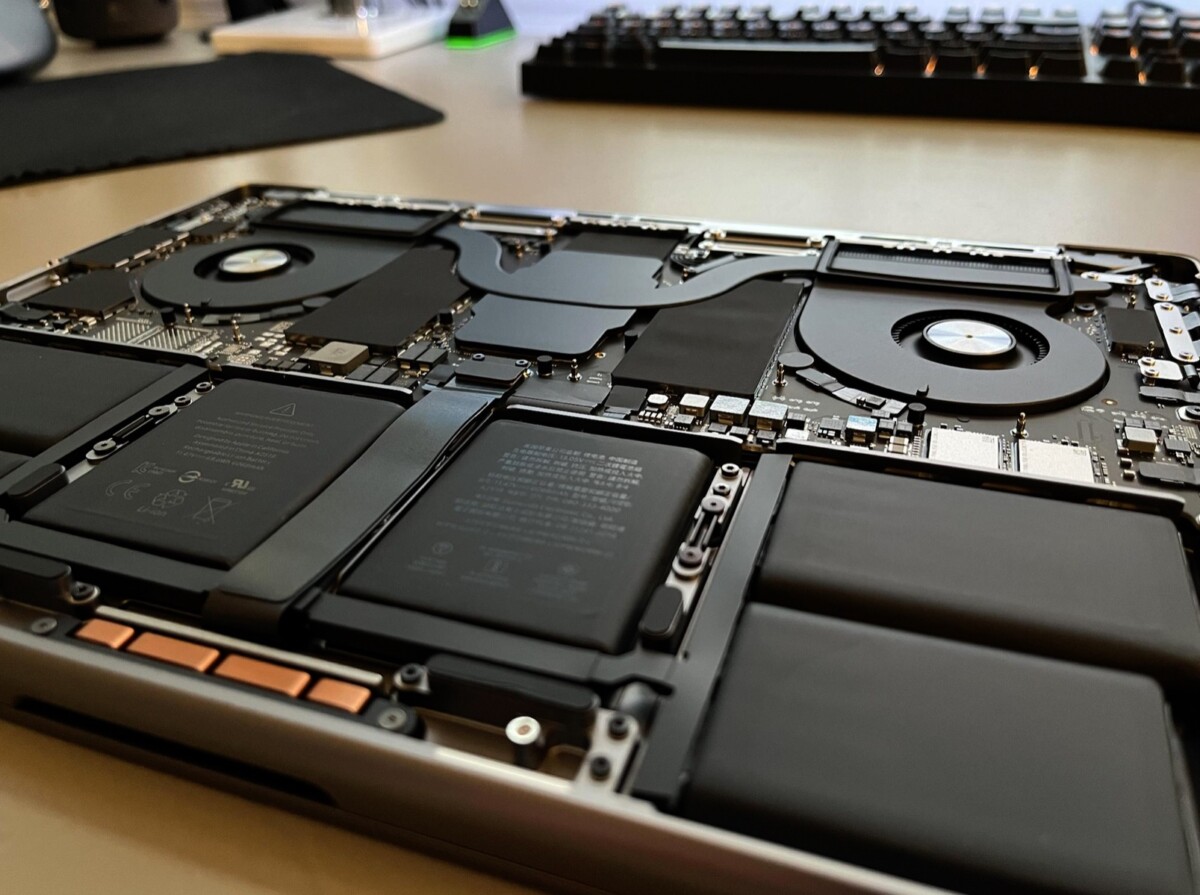 Want to take a look at the circuits of the new MacBook Pros? Good thing, they were taken apart by their first owners. Here are some pictures to make us wait… while the iFixit technicians devote themselves to further tearing.

The new ones MacBook Pro are starting to be delivered across the globe and it didn’t take more than a few hours for the first photos of the two devices to appear online, dismantled by their owners from the start. If the specialized site iFixit should not be long in giving us its detailed observations on the new flagships ofApple, two users have already shared on Reddit and Twitter several photos of the innards of the 14 and 16-inch MacBook Pros. Perfect for starting to analyze Apple’s choices for internal composition and assembly.

On the 14-inch model, photographed from every angle by the_Ex_Lurker, access to components is done after removing pentalobe security screws – which Apple has grown accustomed to us in recent years. Unclipping some elements of the chassis is also necessary and, overall, the main stages of disassembly seem close to those of an older generation MacBook Pro, notes the Reddit user.

He teaches us that the batteries are not stuck to the chassis, but held in place by small adhesives similar to those used for iPhone batteries. The ports are also installed on modular parts. Their replacement should therefore be rather simple. Conversely, the keyboard part is for its part unibody, it will therefore be difficult to make targeted repairs. This was already the case on older MacBook Pro models. We finally discover the dissipation system, based on two fans with dimensions necessarily a little more imposing than on the 13-inch MacBook Pro.

On Twitter, the L0vetodream leaker relayed two photos of the MacBook Pro 16 under M1 Max processor. Completely disassembled, the machine reveals its chip … whose measurements are generous to say the least. It nevertheless uses the same internal organization as the 14-inch model, with two fans, 6 batteries and redesigned speakers, underlines MacRumors.

“The surface area of ​​the new M1 Max chip is really large (see the comparison with the size of a 1 yuan coin). RAM is divided into four modules installed on the chip. To dissipate the heat [Apple compte sur] two fans and a single heat pipe. There is a certain modularity in the overall design (…)“, Comments L0vetodream, adding that the maintenance should be”relatively practical“. We will soon see what the specialists at iFixit have to say.

One thought on “MacBook Pro 2021: this is what its innards look like”