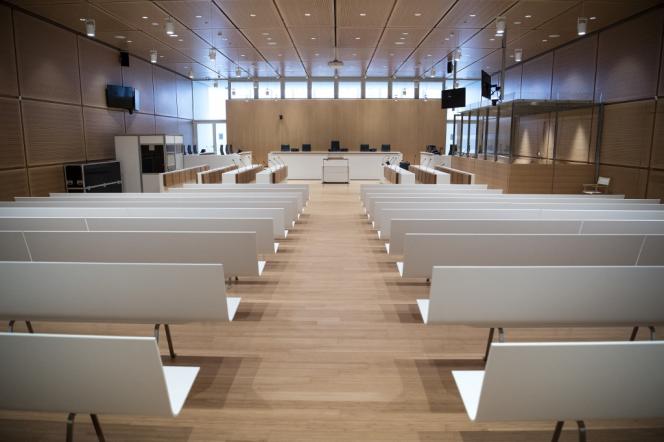 It’s past 10 o’clock. In the accused’s box, Saad looks down and passes a short message to his interpreter. “I take a lot of narcotics, Rivotril, Lyrica. I had suicidal urges a long time ago. It’s better now. ” It is eight o’clock. With his fists clenched in front of him, Nicolas shows how he hit his partner. “I shook her against the wall for fifteen seconds, her head hit three times. “ It is four o’clock. Loredana shudders at the idea that a prison sentence for drug trafficking separates her from her two daughters. “I don’t want to feed them with this money anymore. I found a job! “

It is 1:30 p.m. on Tuesday, October 26. The second section of the 23e correctional chamber of the judicial tribunal of Paris is preparing to chain nine hours of hearing. She will hear twelve defendants, pronounce eighty-two months in prison and three dismissals. An ordinary rhythm, in immediate appearance, to manage to absorb a small part of the emergency activity in the capital: on the single day of Monday, the prosecution had referred fifty-four people to justice.

“We cannot say that the situation is normal: a man’s freedom is sacrificed for legal reasons. ” Let’s go. The 32-year-old lawyer for Vadim is indignant that his client is spending fifteen more days in pre-trial detention because the psychiatric expert in charge of examining him was unable to deliver his conclusions in time.

It is not the fault of the court, nor of the defendant, he agrees, but it is good “This expert who holds the trial in his hands”. Perhaps the president and her assessors think the same; However, in the absence of his analysis, the hearing cannot take place. Vadim is suspected of having, in mid-September, fired a pellet gun at passers-by on the prestigious avenue George-V, in the 8e district of Paris. Two were injured. His motivations remain mysterious, considers the public prosecutor, a new passage to the act remains possible. Return to remand center, next court visit on November 12.

At the bar, Loredana appears free, but keeps her hands crossed behind her back. She is guilty of delivering hundreds of pouches of cocaine, MDMA and ecstasy for months “In Paris and all of Ile-de-France”. Investigators have put together twenty destinations kept in the Waze navigation application, studied its fadettes and searched its encrypted messaging, to reconstruct the first floor of drug trafficking in the pyramid network, of which only the base, largely uberized, has been prosecuted. .

You have 56.54% of this article to read. The rest is for subscribers only.

1 thought on ““We can not say that the situation is normal”: in the Paris court, a parade of broken lives – Le Monde”