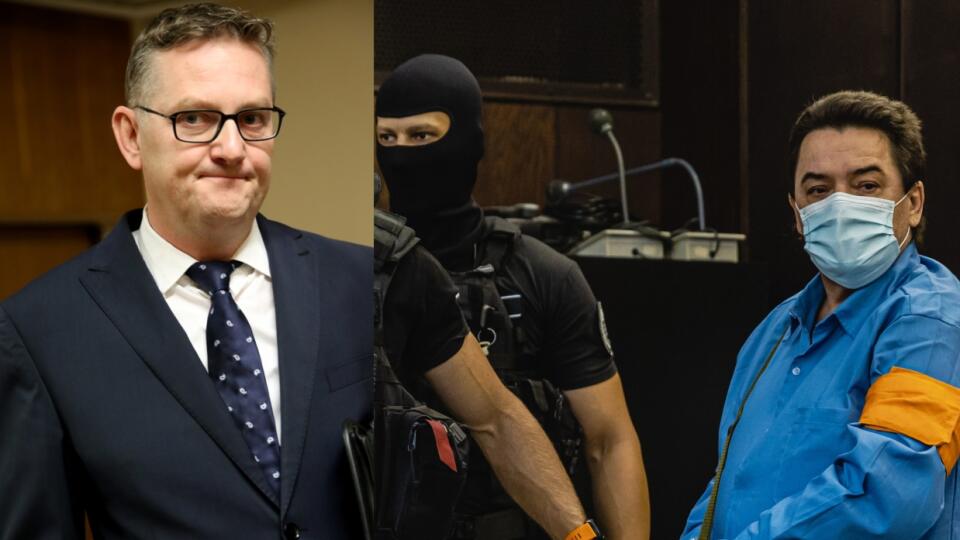 11.43 – The hearing is suspended until 2 December. The judge advised the parties to prepare their closing remarks by then, as this would be the last day of the trial.

11.15 – Kočner also spoke before the court senate about incidents of detention. The prosecutor asked the defendant whether he had been disciplined in custody for offenses other than skeins. “For June 2018 to September 2018, I was not disciplined. At another time, yes, but for things that no one else was for. “ Kočner thinks. The period he mentioned was exactly when he was supposed to send skeins out of custody. Then the defendant specified three things for which he was disciplined behind bars: “If you stretch a string between the beds and wash things, you dry, it’s not allowed. This is common in other cells. I was punished for this. Then I bought Salko at the buffet and left an empty container so I could grate the carrots. And it was evaluated as a dangerous object. At a hearing in Pezinok, I asked the head of the escort if my lawyer Marek Para could give me more textile drapes. There was no problem. It wasn’t until a week later, when someone in the media asked why Kočner didn’t have a standard veil, that a problem arose. In the inspection of the cell, they found the veil as an illegal thing. “

10.50 – “I will say one more thing to Pete Toth. If we take his statements in other proceedings and take them into the hands of a psychiatrist, he will find that Tóth modifies his statements as he sees fit. “ says Kočner. According to him, the statement of the executive of the Criminal Office of the Financial Administration, Ľudovít Makó, also testifies to the fact that Tóth is lying. That is why Kočner wants to attach his statement to the file.

See in the gallery what “harem” Kočner came to court with today.

10.45 – The defendant then reached Tóth. He has allegedly collected 750,000 euros from someone to this day, since he testifies against Kočner. However, Kočner did not specify from whom. “Nobody cares, and it shows something.” Kočner thinks that Tóth testifies against him for money. “I was a fool. Tóth invented Lipsic’s herd and I came across it, “ claims Kočner. Tóth allegedly persuaded him to confirm the existence of the bills of exchange from 2000. Kočner allegedly refused help because he did not need it. According to Kočner, the bills of exchange were real. In the case of the bill of exchange, today’s defendant is already legally sentenced to 19 years unconditionally.

10.37 – Kočner first spoke about how his meetings were conducted in connection with his lawyers: “Before meeting with a lawyer, I was always given a complete inspection. That means stripping naked and searching all the cavities. The other member checked all the documents. The members of ZVJS did not understand. Upon entering the interrogation room, a member of the ZVJS stood in front of the door and constantly monitored what was happening. It was funny when the members of ZVJS asked me how much I would be with a lawyer, because they have to stand there. “

Penitent Glass from Kočner’s Threemy: While the other JUDGES from Búrka have problems, HE ENJOYS!