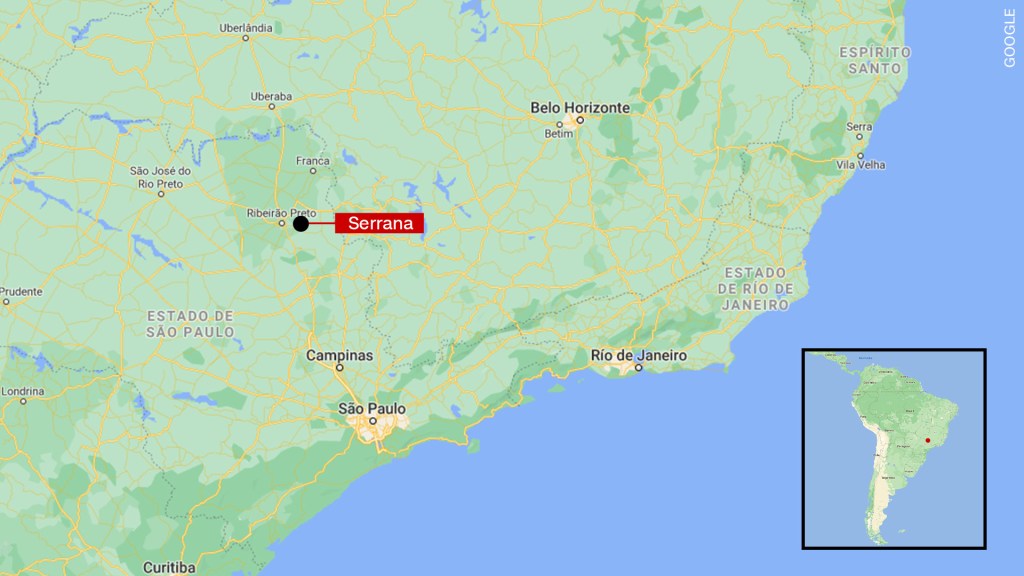 These are the vaccines that can be scientifically mixed 14:34

(CNN Spanish) – A small city in Brazil decided to demonstrate the importance of the COVID-19 vaccine by inoculating almost its entire population.

Serrana officials vaccinated 98% of the residents, resulting in an impressive decrease in symptomatic coronavirus cases and deaths.

In this episode, Dr. Elmer Huerta gives us details of this massive trial.

You can listen to this episode on Spotify or your favorite podcast platform or read the transcript below.

Hello, I am Dr. Elmer Huerta and this is your daily information on the new coronavirus. Information that we hope will be useful to take care of your health and that of your family.

Today we will see what is the valuable experience given by Serrana, a small Brazilian city, in the fight against covid-19.

About a quarter of residents leave Serrana every day to go to work, mainly to the nearby city of Ribeirão Preto.

Due to its high rate of contagion with SARS-CoV-2, in August 2020, its authorities -in coordination with officials of the Butantan Institute, a Brazilian research center that is among the most important in the world – decided to carry out a unique experiment aimed at testing the impact of vaccination against covid-19.

Is he first essay This type of mass campaign, in which an entire people is vaccinated against covid-19, before the rest of the country.

The questions that the researchers wanted to answer with the experiment were: What will happen if we vaccinate all the inhabitants of the city? Will cases of serious illness, hospitalizations and deaths from the disease decrease? Will the Sinovac vaccine be effective in helping to control the disease?

After divide the city into 25 areas, grouped into four sectors, green, yellow, gray and blue, began to vaccinate the population in that order from February 17 to April of this year.

The people who did not meet the vaccination requirements were:

Of the approximately 27,700 adults who were eligible for vaccination, 27,150, or the 98% were vaccinated, according to city officials.

The results of the experiment

The results were announced at a press conference on may 31Although we must clarify that there is no peer-reviewed scientific study yet, a fact the researchers promised to do soon.

What was announced is that – compared to the early February statistics-:

In a The Wall Street Journal article On May 7, it is said that in April, six people died of covid-19 in Serrana, of which five had only received the first dose of the vaccine and the sixth victim began with his symptoms two days after the second dose , which seems to indicate that the disease was contracted between the two doses of the vaccine, that is, when the person did not yet have complete immunity.

On the other hand, the researchers revealed two other consequences of the vaccination program, the first being that by reducing the circulation of the virus in fully vaccinated people over 18 years of age, cases in those under 18 years of age they also decreased.

The second is that, being protected, the 10,000 vaccinated workers who commuted daily to Ribeirão Preto did not bring the virus to Serrana, thanks to the formation of what the researchers called an “immune belt” around the city.

The domino effect of the covid-19 vaccine

Other important find is that due to the particular design of the study, which divided the population into four sectors, it was observed that the impact of the vaccine to reduce disease and death in one sector was repeated in another sector of the city as soon as a 75% vaccination coverage, thus demonstrating the concept of group or herd protection.

Finally, the value of this unique study is that a vaccine like CoronaVac, which had been widely discussed for having a efficiency of only 51% to prevent the disease in a previous study in Brazil and of 67% in Chile and Indonesia, has shown that it is capable of reducing the most feared consequence of the disease, the death of an infected person.

In addition to the immense value of demonstrating that herd immunity is very important, this study shows us that when it comes to vaccines, more important than efficacy in preventing disease is preventing the death of the infected person.

Do you have questions about the coronavirus?

Send me your questions on Twitter, we will try to answer them in our next episodes. You can find me at @DrHuerta.

If you think this podcast is useful, help others find it by rating and reviewing it on your favorite podcast app. We’ll be back tomorrow so be sure to subscribe to get the latest episode on your account.

And for the most up-to-date information you can always head to CNNEspanol.com. Thanks for your attention.

If you have any questions you can send it to doctor Elmer Huerta via Twitter. You can also go to CNNE.com/coronaviruspodcast for all episodes of our podcast «Coronavirus: Reality vs. fiction”.