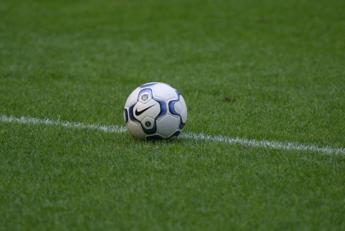 In partnership with www.casinoonlineaams.com The legal gaming industry is still essentially stuck. The closures envisaged by the Government to deal with the pandemic have involved this sector since March last year, until today in a constant manner: there is talk of over fourteen months of closures, excluding the brief summer break. is activated with the reopening decree, in fact, it has not foreseen any move yet for this sector brought to its knees. A sector that was mentioned in the Sostegni decree, but which will not garner significant help if things do not change. The resumption of the legal game, postponed from week to week, would now be set for next July 1st. What is not taken into consideration, however, is the fact that on 11 June an international level competition will begin: the European football championship. There is talk of over 44 games planned, before the official reopening of the gaming rooms. And who will benefit from it will only be illegal gambling. Closed gambling halls: boom in online gambling While the closure of gambling halls, including betting halls, bingo halls and casinos in general, has led to an unprecedented economic crisis in the sector, on the other hand it has also enormously expanded the use of online gaming sites. There is talk of a growth of over 40% compared to the previous year, a figure that is constantly growing also in 2021. In fact, most of the players, not being able to dedicate themselves to the game in presence, have decided to move directly to the online, using the dedicated sites, which offer various casino bonuses on first registration. But what not everyone knows is that many people have continued to gamble in some gambling halls that have remained open clandestinely, enriching organized crime. Damage to the State Unfortunately, we are talking about millions of people who continued to gamble illegally: just think of the fact that in 2020 alone about 1200 people involved in illegal betting activities were arrested: more than 250% compared to the previous year. Not only is organized crime enriched, which in fact manages the whole business, but a truly impressive amount of money is taken away from the state coffers. The gaming sector, in fact, represents over 1% of the national GDP: since March 2020, losses of over 5 billion euros have been generated. And remember that this money is used for the community. In the past year alone, the turnover of illegal gaming was around 18 billion euros. Openings not for everyone If reopening is planned, at least for now, from next July 1st, it is also true that from June 7th at least six Italian regions could change from yellow to white. This means that these would return to normal, resulting in the opening of the gaming rooms as well. Obviously, this is a result that would not guarantee thousands and thousands of entrepreneurs and employees to return to work anyway.

1 thought on “Gaming halls still closed and Europeans at the gates: and clandestine betting?”