Lapo and the memory: “When I was a starter in the Lakers …” – Video 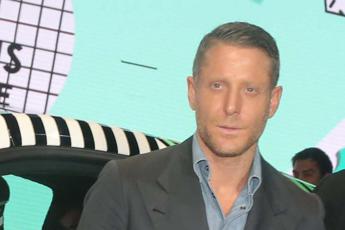 Lapo Elkann ‘starter’ with the Los Angeles Lakers in 2010. More or less. With a much appreciated tweet, Lapo recalls the exploit in the NBA made on March 9, 2010 at the Staples Center, where the Lakers challenged the Toronto Raptors at the time led by Andrea Bargnani. Elkann remembers the episode of which he was the protagonist in the final of the match: at 104-100 in favor of the yellow-violet, Lapo got up from his seat in the front row – next to the singer of the Maroon Five, Adam Levine – to intercept a ball still in play and to neutralize the attempt of José Maria Calderon, play of the Canadians. Photos and videos, which went around the world, more than 12 years after the game go back viral thanks to the self-irony of the ‘culprit’. “I unlock a memory Magic wand: I was a starter in the Lakers and I anticipated the great Calderon. I also received a round of applause from Adam Levine”, tweets Lapo today. I also got a round of applause from @adamlevine pic.twitter.com/TuwLSSf9Jv— Lapo Elkann (@lapoelkann_) October 16, 2021

Venice-Inter 0-2, the Nerazzurri behind Milan and Naples

Juve-Atalanta 0-1, Allegri sinks into the whistles

One thought on “Lapo and the memory: “When I was a starter in the Lakers …” – Video”