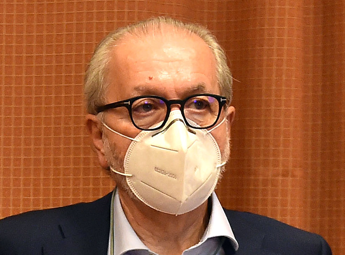 “The new formula of the Italian Cup? I read it yesterday on the agency. I was told a week ago: we have to talk about the Italian Cup, I answered let’s talk about it, and then I read it yesterday. Football is in a period of reforms and we cannot proceed in tears, we must think as a system, this is the first problem.Second question, there is a previous right: the Serie C companies had organized themselves to participate and we consulted lawyers to study the matter. It is the same logic of the Superlega, if we want to continue on a system of this kind that has already failed … “. This is the response of the president of the Lega Pro, Francesco Ghirelli, to the Adnkronos, to the new formula of the Italian Cup launched by the Council of the League A which does not provide for the participation of Serie C teams. “You can reform the Italian Cup, doing as Davide and Golia, if there is Cesena-Juventus, in a single match, I look at it because there is an audience and there is a fairytale that perhaps could be opened. There were the last experiences of Alexandria and Pordenone, with full stadiums. I say this without making controversy but I feel silences that I don’t like. Will Serie B really remain in the next few years with respect to this project? I say it as an element of reflection. In a project of this kind my personal opinion, I hope I’m wrong , is that the Serie B teams will not be needed “, Ghirelli added in his reflection.