Marco D’Amore: “Naples, alas, outside the Europe that matters” 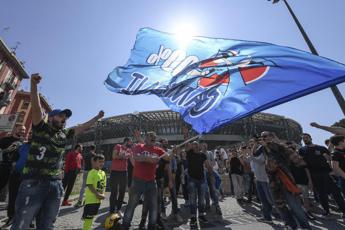 “Alas, we are out of the Europe that matters, with Napoli confined to the one that matters least … We had hoped for so much after months of suffering and a run-up that was incredible. Unfortunately, the field said we were not at ‘height of being among the top four Italian teams and the verdict of the field must always be accepted “. This is the reaction confided to Marco D’Amore’s AdnKronos, the Neapolitan actor starring in ‘Gomorrah in the role of Ciro, a great Napoli fan. “Now, let’s look ahead! – exhorts D’Amore – We’ll see if this Portuguese gentleman, who was such an imaginative footballer, will be able to rekindle the souls and hearts of the Neapolitans”, is the hope entrusted to the new coach, a former Portuguese footballer, Sergio Conceicao: How much in the past, may some disagreements between president Aurelio De Laurentiis and Mr. Rino Gattuso have also weighed? “Who knows, it is possible; maybe that tension may have also affected, which in the end manages to block your legs in critical moments. Now, we are probably facing a year of re-foundation: we will see what will happen and what it will bring us …”. Enzo Bonaiuto)

Australian Open 2022, Berrettini in the round of 16

‘Il Giro dei Venti’ is coming, regatta and bike race together for the first time

One thought on “Marco D’Amore: “Naples, alas, outside the Europe that matters””