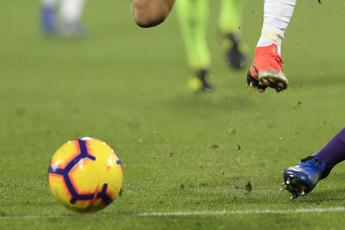 For the final of the Italian Cup between Atalanta and Juventus, on May 19th at 9 pm, the public returns. The Serie A football league – on the day of the return of the spectators to the International BNL tennis – has made official the presence of the public also at the final of the Italian Cup in Reggio Emilia: 4,300 people will be able to access the Mapei Stadium, as established by the CTS. To ensure that everything runs in maximum safety, League A will use the ‘Mitiga’ App, which can be downloaded for free, on which fans can pre-register and upload their ticket, but they will need two other ‘documents. ” to be able to attend the match: they will have to load, with the collaboration of Federfarma pharmacies, also an anti-Covid swab (at least of the antigenic type) carried out 48 hours before the event or the completion of the vaccination process (both must be administered doses) or a certificate of recovery from Covid in the last six months.This will allow you to generate a QR-Code with which you can enter the stadium with a numbered seat assigned (with a distance of 1.5 meters from the other spectators, mandatory mask for the duration of the match and measurement of the temperature at the entrance). If the Qr-Code is green it will mean that the procedure has been entirely carried out correctly, while if it will be red it will mean that something has not been done correctly. problems. The match between Atalanta and Juventus will therefore be the match of the return to an almost normalcy but also a general testing ground for the presence of the public in the future in Italian football and sporting events, such as the next European Championships. The other novelty is the one that will see all the players sit on the bench, as has not happened for some time, and no one in the stands. Spectators will be spread over the four sectors of the stadium. The North curve will be open to Atalanta fans (who will sell tickets on the Vivaticket circuit), the South for Juventus fans (who will sell tickets on the company’s direct circuit, with priority to fan clubs). Part of the tickets will be free and intended for social initiatives. The Nerazzurri are moving towards mayors and parish priests of the areas most affected by the Coronavirus, while the Bianconeri will give them to the youth sector and Save the Children. The Emilia-Romagna Region has announced that it will donate its share to 150 doctors and nurses of the hospitals as a sign of gratitude towards health.

1 thought on “Italian Cup final, the public returns for Atalanta-Juve”