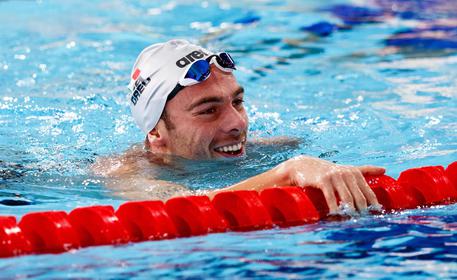 Italy’s Gregorio Paltrinieri on Wednesday won the gold medal in the 5km race at the European swimming championships at Lupa Lake in Budapest.
2016 Olympic champ Paltrinieri, 26, the current 1500m freestyle world record holder, covered the course in 55’43″3, beating France’s Marc-Antoine Olivier by almost two seconds and by just over three the other Azzurro, Dario Verani, who got the bronze.
The two-time world champ said: “This success is incredible because it’s my first long-distance swimming European title and I’ve only swum the 5 k twice, but both times I won.
“I’ve come to this sport as a beginner and I’m learning race by race and I feel ever more aware of my potential”.