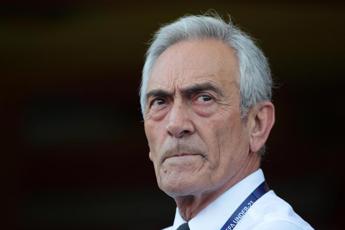 Superlega, Juventus and FIGC: dialogue tests. “I had a contact with Juventus president Andrea Agnelli as is my duty and I must say that beyond what his choices may be, it seems to me that there are the conditions for a dialogue or in any case for an approaching position. which up to now have appeared particularly tense “, said the president of the FIGC, Gabriele Gravina, in a meeting in Turin. “Italian and international football – he added urged by the reporters – cannot do without Juventus even if our choice cannot be based on economic dimensions or linked to the pool of its fans”. “We – he reiterated – must rely on the principles and rules that govern our system and I am convinced that Juventus in a very responsible manner, also out of respect for its fan base, will have to make a choice of respect for these rules that I believe are known to everyone and that have existed for some time “.” It is not possible to participate in a national championship if you do not accept to respect the founding principles of the statutes that inspire us – said Gravina – it is not a choice of greater tightening by our federation but an indication of clarity. This is the regulatory aspect, the hope is that the Italian league will recover serenity in the shortest possible time even in having the availability of a club like Juve because I think Juventus is an important reality in the sporting competition of our country. “CAIRO:” STEPS BACK JUVE? IT DOESN’T SEEM TO ME “” It doesn’t seem to me that Juventus has taken steps backwards. Even on a public level I have not seen them. To take steps back there are other offices and you do it in a public way, it doesn’t seem to me to have done so. Nine teams have instead taken a very decisive step back, I don’t think they can make the Superlega in three “, says the president of Turin, Urbano Cairo, at the end of the meeting held today in Milan on the Superlega theme among the twenty clubs. Serie A. Is it possible to play Serie A without Juventus? “I believe that the championship goes on with all the teams that are eligible to participate. All this must be done respecting the values ​​of the championship and not planning anything that is against this championship “, adds Cairo.