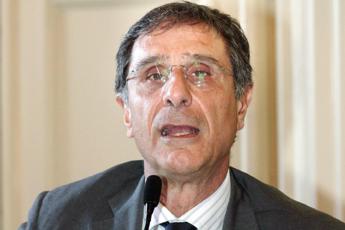 “The Coni had to be reformed but this cannot be the only problem of Italian sport, we have unquestionably seen that there are shortcomings that only the State can deal with. If the State does not go back to being the State, we will never have a chance to say that in Italy there is a true sporting culture “. This is what Senator Claudio Barbaro, president of ASI affirmed, during his speech at the digital event ‘Sport at the center of the restart of the country-Hypothesis and perspectives for a cultural revolution’ promoted by ASI, Italian Sports and Social Associations, in collaboration with Adnkronos Comunicazione and Ciwas, the Italian Confederation of Wellness and Sports Activities for Health. “The Coni has played an enormous substitute role, if it hadn’t been there we would not have had that either but it does not mean perpetuating the usual way of thinking by not attributing the true responsibilities only and only to the State. the State must do and not what Coni must do “, he continues.” We can safely say that the sportsmanship of the country linked to the medals won does not correspond to a 360-degree sporting culture, they are data on which to reason for the reform but also in the way of There is a formal flaw in the country: to make everything coincide with the CONI reform. There are aspects that CONI will never be able to solve, such as the problem of the school. The reform has sanctioned an important aspect by introducing ‘Sport and health ‘, sport is not only health but also education and culture “, concludes Barbaro.