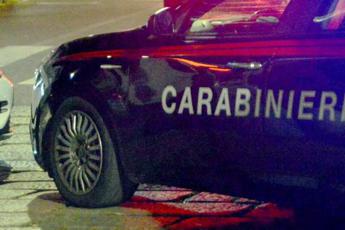 The 18-year-old daughter of Gianluca Grassadonia, Pescara coach, was attacked under the house in Salerno. All a few days before the Pescara-Salernitana match on Monday evening, a match that could decree the promotion of the Campania club to Serie A. The episode was denounced by the girl’s mother, and the spouse of the Pescara coach, Annabella Castagna on Facebook. . “After five days of direct threats to our family, this latest madness is intolerable – the outburst of Grassadonia’s wife – Our daughter, just 18 years old, was attacked with shoves and kicks so that dad understands … We hope that these criminals, far from being fans, will be identified as soon as possible, also because this is the first time that the target of violence was a member of our family. We thank all those who showed us solidarity, in these sad and agitated hours, but it seems clear to me that now more than ever our life will continue far from Salerno. We hope that civilization and respect can become everyone’s prerogative “, wrote Grassadonia’s wife, who with the daughter lives in Salerno. MAYOR OF SALERNO – “A hug to the Grassadonia family. We hope for a quick and clear ascertainment of facts and responsibilities. We will not allow anyone to tarnish Salerno and to outrage the civil and correct passion grenade by confusing it with the gesture of some inconsiderate isolated” he said the mayor of Salerno, Vincenzo Napoli.

SALERNITANA – “The US Salernitana 1919 condemns and condemns the intimidating and offensive behavior implemented in these hours by someone against the family members of the Pescara Calcio coach, Mr. Gianluca Grassadonia. A football match, even if important and decisive , remains such and cannot trigger similar manifestations of verbal violence. Everything must remain in the context of the sporting affair and on the pitch “says Salernitana in a note after the attack.

PESCARA – “The Delfino Pescara 1936, after the very serious events that occurred during the night, announces that the coach #BiancAzzurro Gianluca Grassadonia will not give any interview or hold a pre-game press conference in view of the #PescaraSalernitana match, but will guarantee his professionalism as always, trying prepare in the best way for the match scheduled for Monday afternoon at the Adriatico Stadium “Pescara then wrote in a note. Tomorrow Salernitana will play in Pescara (team already relegated) for the last championship and with a victory she would be promoted to Serie A.” The Delfino Pescara 1936 in addition to offering the message of solidarity to its technician, immediately did its utmost to ensure that the Grassadonia family reaches Pescara as soon as possible to guarantee that serenity unfortunately lost in their city of origin “.