Chef Colonna: “4 seats at the table? Diners are not statuettes” 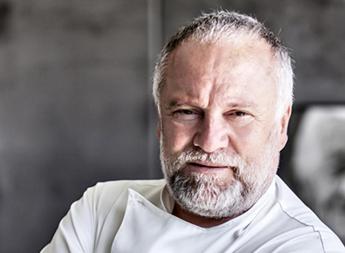 “In my opinion, the rule of four seats at the table no longer makes sense, just as it did not make sense to reopen restaurants only outside”. So at the Adnkronos chef Antonello Colonna on the limit of four diners per table in restaurants even in the white area, a rule confirmed by the Ministry of Health but which will be discussed today in a technical table between the Government and the Regions, which instead consider it too restrictive. According to the chef of the Open Colonna in Milan, “on the other hand, many rules that penalize only certain sectors, such as bars and restaurants, are foolish in the face of the massive turnout, for example yesterday on the canals, of so many people, even without masks. Not to mention – he adds – the means of transport, as always full, and the stadiums reopened to fans ”. ‘Meanwhile we respect the rules, the mayor of Milan is an example’ “There is a good dose of carelessness in this kind of provisions – points out Colonna – What changes between two tables close together with four people each and a table of eight? Is it really possible to believe that the diners are statuettes that never get up and therefore do not come into contact with each other? “. “In the meantime, as long as they are in place, the rules must be respected – continues Colonna – On June 1st, the day of reopening also inside the restaurants – says the Roman chef – the mayor of Milan Beppe Sala came to dine with me. wanted to celebrate the birthday of my partner Chiara Bazoli enjoying my Roman cuisine. There were four of them – she concludes – the two of them, together with her mother and father, the president emeritus of Intesa San Paolo Giovanni Bazoli ”.

Covid, Ricciardi: “It is the third cause of death in Italy”

One thought on “Chef Colonna: “4 seats at the table? Diners are not statuettes””