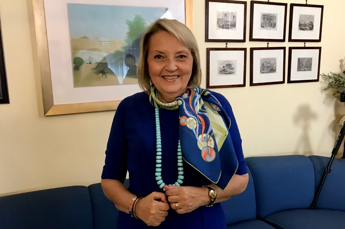 “I am really furious. It is as if I had worked in vain for 40 years. This release of Giovanni Brusca almost burns me more than my legal case. In all these years Brisca has told many lies. He spoke only of his enemies, never of his own. comrades. And he still has his fortune, thanks to some figureheads. What bitterness. ” Silvana Saguto, the judge disbarred from the judicial order for the scandal of confiscated assets, is angry. As President of the Prevention Measures section, he questioned the former killer of Cosa Nostra several times, who admitted to having committed over 150 murders. “No one has ever questioned what Brusca never said – says Saguto in an interview with Adnkronos – This man is denied even by his brother, Enzo Brusca”. And he explains: “It’s true, the law on repentants was also wanted by Giovanni Falcone, but in his statements he only spoke of his enemies. He never made his goods available, he continues to have a lot of goods, he has 150 murders on his back, he held a child hostage for two years. An unworthy person. And now he is released. An injustice. ” “Nobody wants to listen to me – says Silvana Saguto, sentenced last year to 8 and a half years – it is useless for me to speak. But I know what she has”. And he recalls a dialogue that took place in the classroom, during a preventive measure. “He told me ‘Judge, you are the only one who persists in not believing me’ and I replied: ‘And I will continue not to believe you. He says that “the law is not wrong but it is applied incorrectly, Brusca never made his goods available. Maria Falcone said well, but her brother wanted the repentance of someone like Buscetta, who unlike Brusca, has made his knowledge available also to his associates “. “While Giovanni Brusca spoke only of his enemies – he continues – without counting the numerous extortions and drug trafficking. Nobody can match Brusca for what he did. And he is a free man”. ‘Unfortunately nothing has changed and the bosses still accumulate assets’ Then he gives an example: “Brusca told the magistrates that he would have earned only 200 million old lire with rigged contracts, then he said he had earned 200 million lire just to do a little road “. “We are talking about criminals, but there is a limit – reiterates Silvana Saguto -Brusca has never wanted to make its assets available. A state like this that pretends to believe in a person who has never made its assets available “. And on today’s mafia: “Unfortunately nothing has changed, the assets continue to accumulate. And Brusca is a free man”.

Covid Italia, the bulletin of January 18

Dado indicted: “Grotesque, according to them I broke my nose by myself”

One thought on “Saguto: “Brusca half-repented, he still has all his assets””