Brusca free, Maria Falcone: “Humanly saddened but the law must be respected” 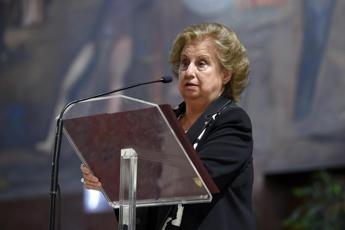 “Humanly it is news that pains me, but this is the law, a law that my brother also wanted and therefore must be respected. I only hope that the judiciary and the police will monitor with extreme attention in order to avert the danger that you go back to a crime, given that we are talking about a person who has had a very tortuous path of collaboration with justice. Any other comment seems to me completely inappropriate “. This was stated by Maria Falcone, sister of judge Giovanni Falcone, after the news of the release for end of sentence of Giovanni Brusca, the former mafia boss, then repentant, who pressed the remote control that triggered the explosives in the Capaci massacre. Giovanni Falcone, his wife Francesca Morvillo and escort agents Antonio Montinaro, Vito Schifani and Rocco Dicillo died in the attack. “The same judiciary on several occasions has expressed doubts about the completeness of Brusca’s revelations, especially those relating to the patrimony which, probably, has not all been confiscated: it is no longer the time for half-truths and it would be an insult to Giovanni, Francesca, Vito , Antonio and Rocco that a man who has committed horrible crimes can return free to enjoy riches stained with blood “says Maria Falcone.

One thought on “Brusca free, Maria Falcone: “Humanly saddened but the law must be respected””