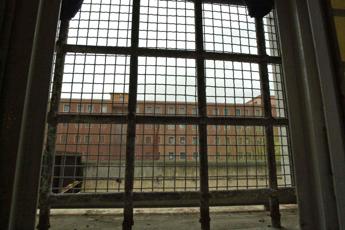 The arrest of Francesco and Juan Carlos Spada, emerging scions of the clan accused of kidnapping, criminal association for drug dealing and enslavement, with the aggravating circumstance of the mafia method, were validated by the investigating judge of Rome. For the two brothers, sons of Armando Spada, the judge ordered the custody in prison. The arrest, carried out after a lightning investigation by the Police, coordinated by the prosecutor added by the Dda of Rome Ilaria Calò and by the prosecutor Mario Palazzi, came thanks to the complaint presented by the mother of two boys, both drug addicts and victims of the crash. The mother-courage, tired of seeing the violence that her children suffered, told the investigators of the subjection experienced by her family towards the Spada, to whom since 2016 she also paid for the occupation of a garage in via Forni used as a home. With his complaint he started the investigation which ended with the arrest of the Spada brothers, the seizure of an apartment and a sum of money, about six thousand euros, found at the home of the two families.

1 thought on “Ostia, the two Spada brothers in prison”