Modena, 89, dies torn by two dogs in a courtyard 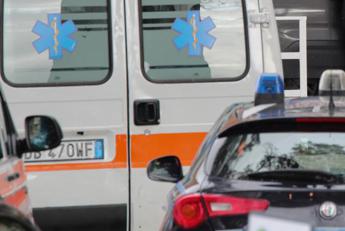 An 89-year-old woman was killed by two dogs in Sassuolo, in the province of Modena. It happened yesterday, around 7 pm, when the old woman, who was wandering in a confused state, entered the courtyard of a house and was attacked by two Amstaff dogs. The Resto del Carlino reports it. The 89-year-old found the semi-closed gate of the villa in via Marco Polo and entered. Thus the owner’s daughter had left him waiting for her mother. Surprised by the woman’s presence, the little girl would have invited her out but there was no time: the two family dogs attacked her and killed her. The ambulance and medical assistance arrived on the spot together with carabinieri and police were useless. Upset the victim’s son who was looking around for his mother, who had moved away from home: “He evaded the surveillance of the caregiver, he was in strong she was confused but she had never left the house. I don’t know how it could have happened. “

One thought on “Modena, 89, dies torn by two dogs in a courtyard”