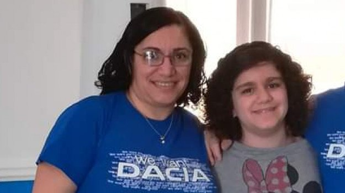 The last fight yesterday morning. Then, silence. The cell phone that keeps ringing empty. Finally, the macabre discovery. Mother and daughter found hanged from the beam of the country house, with a winch. “I’m sorry, I ask forgiveness. I’m taking Alessandra away with me, I’m sorry Maurizio”. A long handwritten letter, behind a drawing made by her daughter and addressed to her husband Maurizio. This is how Mariolina Nigrelli, a 40-year-old housewife, and her daughter Alessandra Mollica, 14, died. Investigators seem to have no doubts: it was a murder-suicide. “The farewell note is quite explicit”, explains Patti’s chief prosecutor, Angelo Vittorio Cavallo, who coordinates the investigation with prosecutor Andrea Apollonio. The letter, as Adnkronos learns, was found by the investigators on the kitchen table, near the two lifeless bodies still hanging, and was addressed to her husband Maurizio Mollica, a well-known artisan blacksmith in Santa Stefano di Camastra. It was he who found the bodies of his wife and daughter. And it was he who warned 112. “My wife killed my daughter and then she killed herself,” shouted the craftsman over the phone. Then he collapsed and started crying. The doctors had to give him tranquilizers. It was he who told the investigators, who heard him all night, about the constant arguments in recent weeks. Discussions always linked to his daughter Alessandra. Some relatives confirmed that the woman was “at times suffocating” with her 14-year-old daughter. And her husband repeated it too. Yesterday morning yet another quarrel. The husband leaves the house and threatens to ask for separation. “Enough, I’m tired,” he shouted. She goes out with her daughter, they take selfies. “Carefree moments”, she says in the night, through tears, showing the photos with her daughter with emoticons. He wants to take Alessandra to his paternal grandmother for lunch, but his wife calls the girl and tells her she doesn’t want her to go. So Alessandra calls her father and explains: “Dad, Mom doesn’t want me to come with you. She’s coming to get me.” From that moment Maurizio Mollica loses all contact with his wife and daughter. Hours go by, but there is no news from mother and daughter. Maurizio Mollica is without a car, because his wife has taken his own, with the purse with the wallet inside. So he contacts the brother-in-law and the son of the latter and asks him to accompany him. The investigators found the farewell letter ‘In recent times, many disputes’ The three reach the country house, about ten kilometers from the center of Santo Stefano Camastra, in the Bed Santo district, a stone’s throw from the Sanctuary. The relatives wait in the car, but when Maurizio Mollica enters the house he starts screaming. The two bodies are hanging from the beam. Lifeless. The Carabinieri arrive, an ambulance, the coroner. And the Prosecutor of Patti Angelo Vittorio Cavallo with the prosecutor Andrea Apollonio, who spend the whole night in the country villa for the reliefs. It is the investigators who find the farewell letter. Which is now being analyzed, also to confirm that the writing is Mariolina’s. Even if everything suggests that it was the woman who wrote the farewell note. A troubled life, in recent times, for the housewife who had dedicated herself to her family. On May 19, the woman shared a post on Facebook from the ‘Emotions of the heart’ profile that read: “Some children will never understand a parent’s unspoken plea to warn you about something. When a parent asks you about something. not to smoke is just asking you to live longer than him. When a parent asks you not to go out with certain people it’s just because those people might hurt you. When a parent calls you multiple times on his cell phone he doesn’t do it because he wants to annoy you , it’s just that his soul quivers to know you are at home safe and sound. A parent never gives you the worst or wishes you. A parent loves you and begs you to have a better and happier life than his own. ” And the woman had added, in dialect: “In fact, they say put yourself with those who are better than you.” Adding: “You just make me sick.” But who was he referring to? Some family members tell of the difficulties of their daughter Alessandra in relating to her companions. “The mother has quarreled several times with the other mothers of the little companions – some witnesses told the investigators – She was very protective with the girl, perhaps too much. Too apprehensive”. The parish priest ‘The tragicity of the event that leaves everyone in disbelief and dismay remains’ “The tragicity of the event remains that leaves everyone incredulous and dismayed, starting with their companions and educators who shared school life with her until the morning of the day precedent in which the extreme gesture was made, unaware of the tragedy that was maturing “, says to the Adnkronos don Calogero Calanni, parish priest of Santo Stefano di Camastra (Messina). “The Community wonders about possible omissions towards those who live in extreme situations of hardship that lead to dramatic events and decisions – he says – We hope to be increasingly attentive to those around us to prevent episodes that unfortunately result in tragedies. More than the astonishment for what happened, we must ask ourselves the problem of what each one can do so that such gestures do not happen again “. Between tomorrow and Tuesday, the Public Prosecutor will confer the task of the autopsy on the bodies of the two women. The autopsy exam will be performed between Tuesday and Wednesday by the medical examiner Patrizia Napoli. (by Elvira Terranova)

1 thought on ““I ask forgiveness, I take Alessandra with me”, mother and daughter found hanged at home”