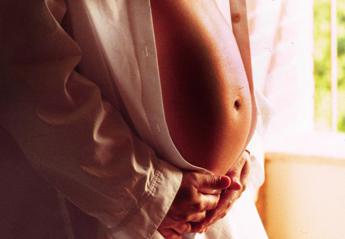 Becoming mothers with multiple sclerosis, a fundamental theme for a disease that mainly affects women (in Italy, 79 thousand cases out of 118 thousand total) and whose onset occurs in an age group in which the search for a child is a desire for many women. Two days after World Multiple Sclerosis Day (May 30), the webinar “Multiple Sclerosis and Pregnancy: Yesterday, Today and Tomorrow” – organized by the Rare Diseases Observatory thanks to the non-conditioning contribution of Bayer – tried to clarify, in a moment comparison between doctors and patients, the most frequent doubts related to illness and motherhood, increase knowledge and awareness on multiple sclerosis (MS) and illustrate the steps taken over time. If until the 1990s pregnancy was not recommended for fear of adverse effects on the health of women with MS, in 1998 the well-known scientific study Prims unhinged this paradigm: it emerged that often, during pregnancy, the disease tends to go into remission because the immune system, thanks to the presence of the fetus which can be considered as a semi-allogeneic transplant, tends to become quiescent. The research also revealed that multiple sclerosis does not interfere with fertility or the chances of getting pregnant, however, said Girolama Alessandra Marfia, adjunct professor of neurology at Tor Vergata University and head of multiple sclerosis UOSD at the Tor Vergata Polyclinic in Rome, “Not all drugs available to treat this pathology are safe for the unborn child, so the desire for motherhood must be addressed with your neurologist right from the moment of communicating the diagnosis to plan a shared strategy with the couple and, when possible, establish a from the beginning, a therapy compatible with conception and, if necessary, continued during pregnancy “. One of the fears of women with MS is that of transmitting the disease to their child.” The risk that a child with a parent suffering from multiple sclerosis can develop the pathology in the course of his life is slightly higher than who was born from healthy parents, but it is a minimal risk, estimated at 3-4% – explained Marfia – the risk increases a little more if both parents are affected by the disease, but to trigger the reaction of the immune system, which is at the basis of multiple sclerosis, in addition to genetic factors, the intervention of environmental factors that are still being studied is fundamental ”.