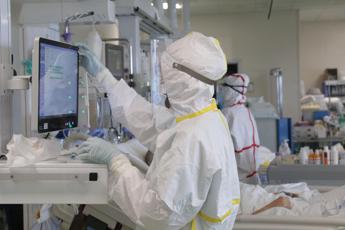 Twelve, fifteen or even twenty hours in the ward. The day of rest is a mirage, the holidays even more. The pandemic then exacerbated everything. To denounce the grueling shifts to which Italian doctors are subjected is the Consulcesi legal network, to which more and more white coats are turning for help. “We have been inundated with reports of doctors and health workers who work more than they should without any recognition for this sacrifice”, reports Massimo Tortorella, president of Consulcesi. The lawyers report the warnings have already started, “an alternative way, – they explain – that allows you to immediately start a dialogue with the institutions before moving on to litigation and then also to secure their right”. “That of the grueling shifts is a problem that has been going on for too long and that is worsening in conjunction with the growing shortage of doctors that our country suffers from. The time has come to open a dialogue with the institutions “, underlines Tortorella. Yesterday as today, nothing has changed. Already more than ten years ago – Consulcesi recalls – the European Union has beaten Italy for failure to comply with the 2003 directive. / 88 / EC which promotes the improvement of the safety and health of workers and establishes a maximum weekly working time of 48 hours, including overtime, and a daily rest period of 11 consecutive hours. While implementing this directive, from 2008 to 2015 Italy has nullified its effects through the Finance Law for 2008. On 25 November 2015 – details Consulcesi – Italy has in fact adapted, but only formally, because in fact the violations persist. For the period prior to this date it was possible to request reimbursement – over 80,000 euros for 6 years of work – both in the event that the extra hours worked were not paid but returned by the company within the scope of result, both in the case in which they have instead been paid.Consulcesi, provides a free consultancy service to get information on the possibility of taking legal action and protecting yourself through a warning to preserve your rights, by contacting 800.122.777 or directly through the website www.consulcesi.it.

1 thought on “Health: Consulcesi, ‘boom in reports of operators for grueling shifts, warnings at the start’”