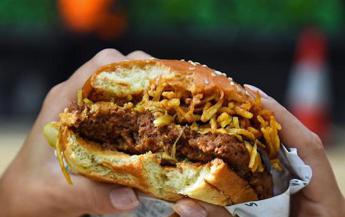 ‘Hamburger Day 2021’, the World Hamburger Day is celebrated on May 28 all over the world. On the origins of the name of this dish, one of the most widespread stories tells of its derivation from the city of Hamburg: in the nineteenth century, in fact, a meat dish was consumed on board the ships of emigrants leaving from the German port to the USA. ground. The first ‘classic’ hamburger – that is, a slice of minced meat, garnished between two slices of bread – seems to have made its debut in 1904 at a fair in Saint Louis. Now made in many different recipes, from street food to gourmet preparations, in recent years the vegetarian version, the ‘veggie burger’, is experiencing an ever wider spread.

1 thought on “May 28th is World Hamburger Day”