A fugitive for 15 years, he has returned to Italy for his daughter’s birthday, arrested as a drug trafficker 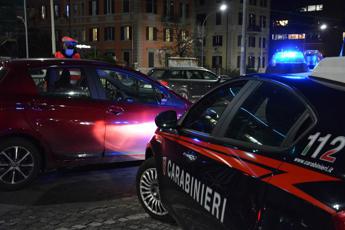 A fugitive for 15 years, he returned to Italy for his daughter’s birthday. Drug trafficker David Cittadini, 49, was traced and arrested by the carabinieri in Rome. In March 2006 he escaped capture as part of the Ibisco operation coordinated by the Dda of the Public Prosecutor’s Office of Rome: he was held responsible for an association aimed at international drug trafficking, which is why he must serve a sentence of 13 years. and 4 months of imprisonment. The military had long been on the trail of the 49-year-old who appeared to have moved to Spain, but he continued to have relations with his closest family members domiciled in Rome, in particular his mother and 22-year-old daughter to whom they knew how to be very attached. Realizing, therefore, that near the girl’s 23rd birthday the man could have visited her, the Carabinieri stationed for days outside the house of the man’s mother, located in the Tuscolano district of the capital, until they noticed a person entering the condominium with features similar to those of the well-known fugitive.The Carabinieri, pretending to be messengers, immediately broke into the apartment surprising the fugitive while trying to hide in the bedroom. The subsequent search made it possible to find in the availability of the fugitive a false identity card, valid for expatriation, bearing his effigy but with generalities attributable to another person residing in Rome with his same age. From the consequent investigations it emerged that this document had been used that same day to pass the airport controls and board the Barcelona – Rome plane at 7 am The arrest order, which was issued in 2006 against the Citizens and of other 26 people, had arisen from an investigation conducted by the Carabinieri of the II Investigative Department of the Ros of Rome and had been started after two massive seizures of narcotic: 16 tons of hashish-type substance in Fiumicino on December 17, 1999, from Carabinieri Investigative Unit of Rome; 2.1 tons of cocaine found on board the motor ship Irene on April 14, 2003, by the Spanish customs off the Canary Islands. David Cittadini was considered one of the promoters of this association, dealing, in particular, with procuring the drug to be imported into Italy by exploiting contacts with supply channels active in Spain and in producing countries (Morocco and South America). by rite, he was associated with the Rebibbia Prison.

Green pass and exempt shops, who risks the orange zone: what happens in Italy

Vaccine, covid and fertility. Study: Effects for Men after Infection

One thought on “A fugitive for 15 years, he has returned to Italy for his daughter’s birthday, arrested as a drug trafficker”