The dancer injured in the explosion: “Carla Fracci encouraged me to never give up” 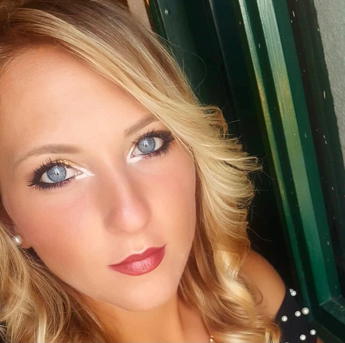 “He encouraged me never to give up, he told me that he really appreciated my desire to live and react after the Paris attack in which I was seriously injured. Carla Fracci was a great example for me”. Angela Grignano, the 26-year-old dancer from Trapani, who escaped death in the explosion in Paris in January 2019, does not hide her emotion. The death of Carla Fracci affected her very much. It was the classical dancer, a year ago, who told her to continue “dreaming” despite the fact that she almost lost a leg in the attack. “After hearing my story, he agreed to talk to me by phone during the ‘Come to me’ show and during the conversation, he expressed his admiration – says Angela Grignano in an interview with Adnkronos – because he not only appreciated the my desire to react to this left-handed trick that my life had reserved, but she also sensed how much love there was in me for that discipline that united us and for life in general. never stop dreaming ‘, and I promised him and I will keep this promise “. Angela stayed for weeks in intensive care in Paris. The girl had moved to the French capital just a few months earlier to learn French, working as a waitress at the Ibis Hotel. And he was in the hotel when the attack took place. A gas leak in a bakery. He was severely left in his hand and leg, and has undergone numerous surgeries in recent years. The leg was mangled but the young woman never gave up.Surgeons inserted some support irons in her hand, while the wound in her leg gave more concern. Intervention after intervention, to date. At that time the doctors had also placed her in a pharmacological coma, from which she had slowly awakened. “We should have seen each other, meet but unfortunately, a bit like what happened with Manuel Frattini” the king of musicals “who passed away too soon, this meeting could not happen- Angela Grignano continues with tears in her eyes – But I do not fail to promise made to Carla Fracci and I continue to dream, to imagine her dancing and I continue to get excited “. “In the meantime, in my small way, I try to pass on her teachings, her art to the new generations, combining them with the desire not to give up and the spirit of resilience – says Angela – Carla Fracci leaves us with the great memory of her comparable dance to a living poem. She has given us the honor of being known worldwide for her imposing gracefulness, elegance and wisdom, all great qualities crowned by what was her most important gift: humility. Why Carla Francci, for to be recognized as a divinity in the world of dance she had to sweat, work hard and commit herself constantly going against pain and fatigue, and after getting so high she never forgot the sacrifices she made and where she started from. She had a goal , a dream and without ever ceasing to believe in it she has come to realize it. She has made dance her profession and good taste her virtue “. (by Elvira Terranova)

Covid, Ricciardi: “It is the third cause of death in Italy”

One thought on “The dancer injured in the explosion: “Carla Fracci encouraged me to never give up””