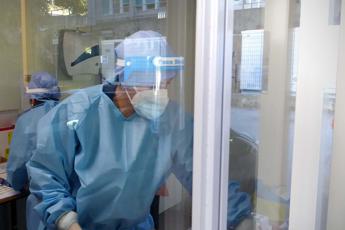 War against the virus-enemy. Hospitals-trenches. The hero doctors. The Philosophy of Language researchers of the Psychology Department of Milan-Bicocca, in collaboration with the Language and Cognition Laboratory directed by Professor Filippo Domaneschi at the University of Genoa, immediately after the first lockdown wondered whether the war metaphors used for dealing with issues related to the pandemic influenced people’s behavior. The study, published in PLoS One (Does the Covid-19 war metaphor influence reasoning? Doi.org/10.1371/journal.pone.0250651), was conducted in June 2020 on a group of 200 Italians. ” When the pandemic broke out, leaders around the world made extensive use of the war metaphor – explains Francesca Panzeri, researcher in Philosophy of language and coordinator of the study -. From many quarters, however, cries of alarm have been raised: using the war metaphor would be dangerous, because, among other things, it would induce people to think in a divisive way and to supinely accept authoritarian drifts and the suppression of personal freedoms. We therefore decided to conduct an experiment to understand if metaphors can really influence our way of thinking and acting. ” The researchers carried out their experiment by presenting scenarios related to the pandemic, and asked the participants to indicate which alternatives to use. they found more agreement. For example, after talking about the problem of spreading fake news related to Covid-19, among the alternatives proposed there was both that of allowing the censorship of personal opinions if dangerously in contrast with the indications of the Government, and the opposite one that leads to always safeguard freedom of opinion. The fundamental point is that the scenarios were proposed in a neutral formulation for half of the participants, and in a formulation containing different war metaphors for the other half of the participants. congruent to the war scenario there should have been a greater propensity to choose the “dangerous” alternatives on the part of the participants exposed to the metaphorical text than those who read the neutral text. This was not the case: the participants’ choices did not depend on exposure to texts that evoked war metaphors rather than neutral texts. ” The study shows that the metaphors we use are not in themselves capable of “molding” what people think, how they think or the way they behave. It is important to remember that words are always spoken or heard by speakers who have beliefs, opinions, preferences and, often, even a critical spirit ”, concludes Filippo Domaneschi.