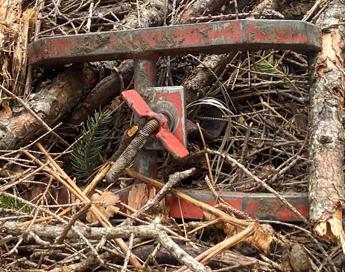 A second ‘fork’, a device that was installed in the Mottarone cable car, was found this morning in the area of ​​the accident. It was half covered by the electrical box panel. Read also A further inspection made it possible to find the second part of the metal element that serves to keep the brake shoes open, but it must be removed when people are on board the cabin because otherwise it prevents braking in an emergency, such as example in the case of breakage of the towing cable. The presence of the ‘fork’ is not attributable to human error but it would be a “conscious” choice of the three stopped – two employees and the plant manager – who would have chosen to sacrifice the safety of passengers in order to continue working. ” what we understand is the ‘fork’, which blocks the braking system in an emergency, has been inserted several times. for the first time, they admitted this “, said the prosecutor of Verbania, Olimpia Bossi, a few hours after the arrest of the two employees and the operator of the cable car accused of multiple manslaughter for the tragedy of Mottarone in which they 14 people lost their lives (VIDEO). The three detainees had been aware for weeks of the failure of the safety braking system, stressed Bossi. With the manager of the Mottarone cable car, an engineer and a head of the service currently in custody there was a “confrontation of They have ‘justified themselves’ “with respect to the aware anomalies of the braking system of the system” to overcome the economic difficulties and prevent it from stopping for a long time “. So it was preferred to “defuse” the safety braking system on the crashed cab, said the prosecutor Bossi. The three arrested “were confident in good luck” and that the voluntary blocking of the safety braking system would never cause a disaster, he said. Bossi again. The decision not to comply with safety regulations is a “choice not made by an individual, but a shared one and above all not limited to the day” of the disaster. A custom to “bypass the problems of the system that had to be solved with more radical interventions”, on the other hand the two interventions “of May 3 and one previous” are not decisive, suggesting a not simple solution therefore the possible stop for a long period “The cable car on Saturday, the day before the disaster, stopped: I can think that the episode is part of this story, but for now it is difficult to say. We will verify it by asking these technicians why they were called”, Bossi underlined again, adding that “At this moment we have no elements to hold the two connected facts”, namely the breaking of the cable car’s towing cable and the blocking of the safety braking system, “or mutually connected. We cannot make hypotheses about the cable: we are always awaiting the technical checks which I will talk about with the technical consultant who will arrive tomorrow “. If the malfunction of the security system is attributable to the three arrested, “I cannot add anything to the cable because we are at the point where we were yesterday”, he concluded.

1 thought on “Mottarone cable car, found according to the fork”