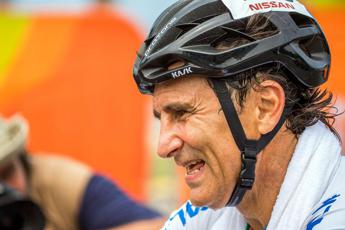 The judge for preliminary investigations of the Court of Siena, Ilaria Cornetti, at the end of this morning’s hearing, reserved the decision on the request for dismissal for the accident of 19 June 2020 in which the former champion was seriously injured of Formula 1 and Paralympic athlete Alex Zanardi. The Sienese Public Prosecutor’s Office requested the filing of the only suspect, Marco Ciacci, 45, residing in Castelnuovo Berardenga (Si), who was driving the truck against which he hit Zanardi while traveling the road with his handbike provincial 146 in the municipality of Pienza (Si), at km 39 + 800, near the crossroads for Sant’Anna in Camprena, as part of the ‘Obiettivo Tricolore’ solidarity relay promoted by disabled athletes. Ciacci is under investigation for the crime of very serious negligent injuries. The lawyer Carlo Covi, lawyer of Zanardi’s family, opposed the request for dismissal and asked the judge for “an additional investigation”, or to reopen the investigations with further technical investigations on the dynamics of the accident. The former driver’s lawyer also asked the investigating judge for the forced indictment of the truck driver under investigation. Also present at the hearing was Zanardi’s wife, Daniela Manni, the offended party in the proceedings. The lawyer Massimiliano Arcioni, lawyer of Ciacci, asked the judge to accept the request for dismissal as formulated by the prosecutor. “There was an invasion of the lane by the truck which was decisive for Alex Zanardi’s reaction, causing the steering maneuver to the right, which resulted in the loss of control of the vehicle. If the truck had been the accident would not have happened regularly in its lane “, said the lawyer Covi of the Court of Padua. “We absolutely do not agree with the request for filing or the conclusions reached by the technical consultant of the Public Prosecutor’s Office, engineer Dario Vangi, who claims – explained the lawyer Cov- that having just passed the center line did not cause the The question is: is it possible to pass ‘just a little’ with a red light? The Public Prosecutor’s Office, which adopted the consultant’s conclusions about the fact that the truck crossing the center line was not the cause of Zanardi’s reaction . It is not possible that there is no responsibility of the driver of the truck in the accident: Zanardi saw him coming and suddenly swerved because he invaded the lane “. From these doubts the request to proceed with new technical investigations on the accident.At the end of the investigation activities carried out with the collaboration of the carabinieri of the company of Montepulciano (Siena) and of the results of the technical consultancy activities carried out, the chief prosecutor of Siena, Salvatore Vitello, at the end of last April, forwarded the request for dismissal of the proceeding to the investigating judge of the Court “not seeing any causal link between the conduct of Ciacci driving the articulated vehicle and the determination of the road accident following which Zanardi reported serious injuries “. According to the Prosecutor’s Office, claimed Vitello,” the truck driver was traveling at a moderate speed and in any case well below the speed limit set on that stretch of road “. Ciacci “reacted promptly to the sight of the cyclist by implementing an emergency maneuver (steering towards the right edge of the carriageway) to move away from the centerline and try to avoid the impact with the handbike driven by Zanardi; an impact that unfortunately occurred entirely within the lane pertaining to the articulated lorry “.” In the aforementioned dynamic “, according to the Public Prosecutor’s Office, as stated in the conclusions of the filing request,” the position of the lorry on the carriageway and in particular the circumstance that shortly before the impact, in facing the curve to the left, Ciacci had moved closer to the centerline, trampling it halfway with the front left wheels and passing it by a few centimeters with the rear ones; with consequent exclusion of criminal responsibility culpable on the part of the suspect “. Zanardi’s family on the basis of the appraisal conducted by his consultant d I part, the engineer Giorgio Cavallin, on the other hand, attributes “a causal effect to the conduct of the driver of the vehicle, arguing that the partial crossing of the centerline determined the steering maneuver to the right of the Zanardi, which resulted in the loss control of the vehicle “.