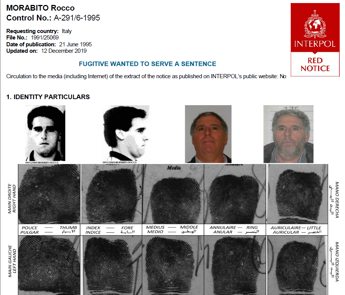 Rocco Morabito “in Brazil he lived a normal life, he did not live as a fugitive, so much so that he frequented the beach and public places”. The commander of the II Investigative Department of the Central Service of the Ros, Massimiliano D’Angelantonio, talks about the capture of the superboss of the ‘Ndrangheta, number two among the 100 most wanted fugitives after the boss of Cosa Nostra Matteo Messina Denaro. The drug trafficker, Vincenzo Pasquino, was also caught with him. “When he saw us he was very amazed because he hadn’t noticed any anomalous movement”, said the commander who, speaking of the blitz, explained: “The car moved very quickly and the constant confrontation with our international partners made it possible to unblock the situation in three days after our arrival in Brazil. ” During the arrest of Morabito and Vincenzo Pasquino, captured at 8 pm yesterday (Italian time) in a house in Joao Pessoa, in the north of Brazil , documents of particular interest such as cell phones and telephone cards were found and seized. These are documents that, according to the ROS investigators, will be “analyzed very soon”. In the house where the two fugitives were arrested, the investigators arrived through a stalking activity.Morabito and Pasquino are currently being transferred from Sao Paulo airport with a military flight and are arriving in Brasilia, where they await the Brazilian federal police, the carabinieri and the staff of the International Police Cooperation Service.

1 thought on “Morabito, Ros: “In Brazil he lived a normal life””