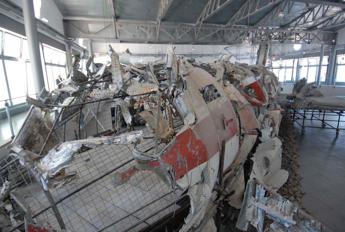 “If the good news is the antechamber of history, laziness is a form of misdirection that damages democracy”, “if for twenty years there had not been so much fury against the Air Force, perhaps there would have been some probability in more than discovering responsibilities “. And again, “The refusal of the contradictory was the answer in all circumstances by the supporters of the missile thesis”. These are just a few quotes from the book “Ustica, a civil injustice” by Leonardo Tricarico, former Chief of Staff of the Air Force and member of the “Verità per Ustica” association and of the historian Gregory Alegi, published by Rubbettino which will be released in bookstores next May 27th. “I certainly do not pretend with this book – says Tricarico to Adnkronos – to clear the mists that over 40 years of deliberate lies have caused Italian public opinion to rise systematically sidetracked with respect to the truth about the dynamics of the Ustica tragedy. However, I expect to promote it. – he continues – the rebalancing of one-way information driven by a few unscrupulous journalists and even minimal glimpses of professional ethics, who still today continue to support hypotheses and scenarios defined by criminal justice more worthy of the plot of a crime film that of a judicial pronouncement. More than half of my professional life has been marked by the bitterness always around the corner caused by the timely re-emergence of the falsehoods deliberately put into circulation by the singers, journalists and not, of the air battle and the killer missile inside. of the same “. The book” Ustica, a civil injustice “was created to explain the difference between criminal sentences, which exclude air battles and missiles, and civilian ones which confirm it to the point of fixing compensation of hundreds of millions to be paid by the state. The authors, Leonardo Tricarico and Gregory Alegi, value the work done by the judges in the classrooms to distinguish between media voices and real facts. The criminal sentence, confirmed up to the Supreme Court, reached after 272 hearings, dozens of appraisals by the world’s leading experts and thousands of witnesses, rejects the accusatory system formulated by the investigating judge Prior in his order for indictment which hypothesized the killing of the DC-9 during an air battle. The book is based on direct testimonies of two privileged observers, General Leonardo Tricarico, for whom Ustica was the ‘soundtrack’ of almost half of his career and Gregory Alegi, who as a historian and journalist has followed, often in solitude, the The main points of the story: a volume that documents how the hypothesis of the air battle had been archived by the judges of Crotone since 1989, explaining how the alleged Libyan Mig killer had actually fallen on the Sila on 18 July 1980, three weeks after the destruction of the Dc-9 Itavia. Likewise, leafing through the book documents “the acquittal or dismissal of all the defendants of minor positions, disproving the myth of a vast plot to hide unspeakable secrets”. In a passage of the volume, the authors write that “if the investigating magistrates, notably Rosario Priore, had not looked for the truth in only one direction – that of the missile in an air battle – today, in addition to having clear the dynamics of accident, perhaps we would also know the perpetrators of the massacre. Instead the investigations died in the pot in which they were guilty inserted “. It is a volume where the four generals tried for high treason reveal themselves, through the eyes of the two authors who have known and frequented them for a long time, “as gentlemen persecuted for not having endorsed a reconstruction that they knew was absurd”. “Today – he says to the Adnkronos Tricarico- with this writing I intend to fix in a clear and loud voice and for future memory the incontrovertible passages of the causes of a tragedy without responsible publicly filing a belated denunciation but not for this, I hope, less effective “.

1 thought on “Ustica, book ‘A civil injustice’ by Tricarico and Alegi dismantles the missile thesis”