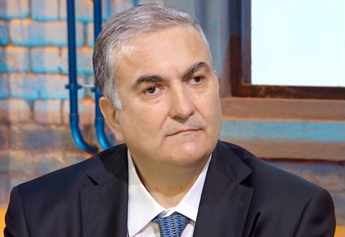 “The recovery of illegally accumulated assets is a fundamental tool in the fight against the mafia”. To say this, during the work of the thirtieth session of the United Nations Commission for the Prevention of Crime and Criminal Justice, which was held in Vienna, was the Legal Adviser of the Representation of Italy to the UN, Antonio Balsamo. In his report it was highlighted that this “strategy is increasingly becoming an authentic model recognized internationally”, “and responds to the expectations of many countries that want to transform the recovery of illegally accumulated assets into an instrument of economic development, and is considered as a fundamental tool for involving civil society in the fight against the mafia and in building a culture of legality among young people “. In this regard, reference was made to the projects carried out by three expressions “of particular importance to Italian civil society, such as the Falcone Foundation, Libera and the Pio La Torre Center”. The session of the United Nations Commission for the Prevention of Crime and Criminal Justice, which is the main body for the development of UN criminal law policies, was held on May 17 and ended yesterday. The work of the Commission, under the presidency of the Permanent Representative of Italy to the International Organizations, Ambassador Alessandro Cortese, took place “in the spirit of Giovanni Falcone, who led the Italian delegation on the occasion of the First Session, which took place in Vienna since April 21, 1992, exactly one month before the Capaci massacre. In this event, which was introduced by the UK Minister of State for the Interior and the Executive Director of Unodc, “great attention” was paid to strategy Italian for the enhancement of confiscated assets, which was illustrated by Antonio Balsamo, the extending judge of the last trial on the Via D’Amelio massacre, defining it, in the grounds of the sentence, “one of the most serious misdirections in Italian judicial history”. opening of the proceedings, the Minister of Justice Marta Cartabia underlined the “special significance of the 30th anniversary of the Commission, which brings to mind the work of Giovanni Falcone, whose innovative vision paved the way for the elaboration of the Palermo Convention. He then highlighted how the “Falcone method” has launched a new perspective in the fight against organized crime, moving from an individualistic and repressive vision to a profound structural analysis of this phenomenon “.” thus accompanied the strengthening of international judicial cooperation, the use of the most advanced technological tools, full respect for human rights and the rule of law. The conclusion of the Minister’s speech was focused on the need not to forget the profound message of Giovanni Falcone, according to which in the fight against the mafia and other forms of organized crime the most effective tool consists in awakening consciences and spreading the culture of legality: practicing justice means striving to remove the causes of crime, and not just its fruits “. The imprint of Giovanni Falcone’s thought” is very visible in two important moments of the work of the Commission “, says Antonio Balsamo. The first is the event on the theme “developing and implementing comprehensive strategies to prevent and combat organized crime”, which took place on the first day of the meeting and was organized by England and the UNDC (United Nations Office against drugs and The second is the resolution presented by Italy and the US on strengthening international cooperation with respect to traffic or illegal migrants. The resolution, sponsored by a number of very different countries (from Mexico to Canada and Finland), was passed unanimously. This resolution – to the elaboration of which a diplomat (Luigi Ripamonti) and a magistrate (Antonio Balsamo) contributed for Italy – “intends to hit with energy the criminal organizations that illegally exploit the migratory phenomenon, planning the adaptation of all national laws. , judicial cooperation and the development of effective financial investigations “. “At the same time, the proposed resolution expresses a strong commitment by the international community to strengthen the protection of the right to life, the right not to be subjected to torture and inhuman and degrading treatment, and more generally the human rights of migrants”. “These are not just proclamations of principle, but precise commitments with concrete operational implications: for example, the enhancement and dissemination of the tool of liaison magistrates seconded from the countries of origin of the migration phenomenon to the countries of destination is planned – he says. Balsamo – The important experience already gained in Italy is projected onto the international scene with the presence of a Nigerian liaison magistrate who worked side by side in the investigations with Italian colleagues, and was actively involved in the training of the magistrates of our country , helping them to put themselves on the side of the victims and to understand in depth their world, their culture, their protection needs “. The extreme topicality of the innovations conceived by Giovanni Falcone is thus reaffirmed; it was he, in fact, who invented the figure of the “liaison magistrate”, on the basis of the experience he himself had had with his American colleagues.