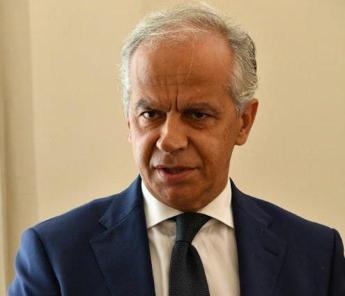 The anti-gathering model developed by Palazzo Valentini has worked well and the prefect Matteo Piantedosi is evaluating together with Roma Capitale a possible post-covid application to monitor and stem the effects of bad nightlife in the downtown areas but also in the coastal area . The idea, explains Piantedosi to Adnkronos, is to find “a more polite and more disciplined way of living the life of public spaces in the evening”. ” With the leaders of the police forces and with the mayor, just in view of the announced reopening, we have already shared the idea of ​​making the experiences made in this period on anti-assembly controls useful for a couple of weeks – says the prefect of Rome at the Adnkronos – hence the use of barriers, with the garrisons aimed at creating a control of the lights with the stop and go. We intend to see how this model can be useful, even when there is no longer the need for controls for the risk of contagion, to avoid the disturbance phenomena that the population warned of the ‘bad nightlife’ ”. I speak, explains the prefect of Rome, of ” excesses of gatherings no longer tolerable by part of the citizens and the need to see nightlife lived with rules of greater discipline and greater respect for urban decorum ”. The reference is to the nightlife areas but not only. ” The zones coincide, because the areas at risk of gathering for the nightlife are the same that were already at risk before the pandemic – he adds – The philosophy that we have given ourselves, that we inaugurated last week and that we would like to continue to put into practice , is to see how much of that module can be applied and can be useful to be able to control the gatherings even when the covid problem will no longer exist completely also to facilitate access and use of public spaces less problematic, less chaotic and less harbinger of degradation. ” Furthermore, Piantedosi intends to ” also suggest to the peripheral branches of the police force to make contact with the mayors to re-propose this model also in metropolitan contexts such as those of the coast ”. On the extension of the curfew to 11 pm, the prefect underlines that ” up to now we have always recommended that operators take an approach aimed at soliciting collaboration even before sanctions and I believe that it has worked a lot. Even the commercial operators have given us notice ”. The extension of the curfew therefore, he specifies, “does not change much: it will make it even easier to apply the legislation and the control system in the spirit adopted so far”. ” We have been monitoring for some time and certainly there has been an increase in people on the street – he concludes – Now we must be careful of excesses perhaps dictated by the enthusiasm of a return to normality: there is still the need not to let our guard down and to adopt cautious and careful behaviors so as not to frustrate the efforts made in any way ”. (by Giorgia Sodaro)