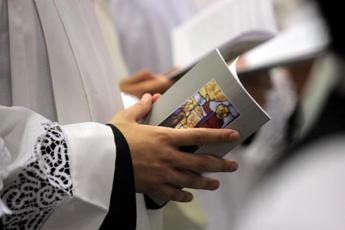 “The Zan bill” which contrasts homotransphobia “subverts the law of God as well as the natural one”. The bishop of Sanremo-Ventimiglia Antonio Suetta underlines this at Adnkronos, who the day after tomorrow will be in Rome for the demonstration dedicated to the defense of life. “The Zan bill subverts God’s law – he specifies – not so much in the part in which it says to pursue and prevent discrimination on which we all agree: that we should not be discriminated against and persecuted for any reason is a principle on which we are everyone agrees but this law is already there ”. “We – notes the bishop – must teach everyone respect. The serious negativity of the Zan law is the introduction of themes relating to gender ideology that represent the subversion of the natural law and the law of God. Of the natural law because a male is a male, a female is a female. Then it is evident that every person must be respected for the sexual orientation that they express regardless of the evaluations that each can give “. Bishop Suetta also returns to the words spoken in recent days by the president of the CEI (” the Zan bill must be corrected rather than sunk ” ) and observes: “The cardinal essentially said what I said: if we talk about preventing all sorts of discrimination, there is no need to say that we are all in agreement, if instead we introduce another discourse, which is of gender ideology, then we cannot agree. Fighting discrimination is a good and acceptable reason but nothing else can be maliciously passed. And let us remember that freedom of opinion is punished only in dictatorships “.