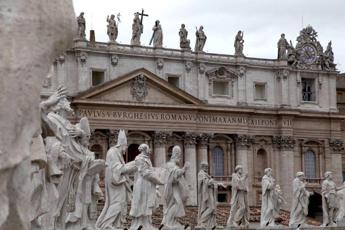 Petition to Pope Francis after the cuts in the salaries of Vatican employees. Declaring “bitterness” for the modalities of the provision, the workers of the Holy See ask Bergoglio to meet one of their delegations, not without having first highlighted “the enormous criticalities that characterize the entire system and that induce him to waste a lot of money” and the need for a “rigid wage classification of lay managers within precise limits, consistent with the spirit of service and sacrifice to which one always appeals by turning to us employees”. “What are we paying for, Your Holiness? For the coffers of the Pence intended for the poor, to increase the salaries of lay leaders or for the very expensive external consultants they regularly use?”, Is the dramatic question posed by the Vatican employees, who aim at the finger against the “exceptional advantages” on which, according to them, lay managers can count: “They occupy splendid apartments in Apsa, located in the most prestigious areas of Rome, without paying any rent to the Administration in question (a calculation of lost income from rents for properties occupied by ‘privilege’) and without taking on any restructuring costs, unlike us employees who pay everything – reads the petition – In addition to the free rent we would like to mention machines for private use , discounts on purchases, secretaries dedicated to them, reimbursements of various kinds of expenses “.” The real problem is that the Vatican is based on a system of privileges already that are deleterious both at an economic and reputational level “, the document underlines, highlighting how, for example, the“ out of parameter ”contracts of lay managers” never cease to arouse amazement, ranging from 6,000 to 10,000 up to 25,000 euros per month. Too much, for a system like ours, which should be based on the spirit of ‘service to the Church’ “.” In our opinion, it would be necessary to investigate and eventually reform – it is emphasized – What is more serious, in reference to the Motu Precisely, it is the exclusion of the more affluent categories from the reduction of salaries despite the reference, within the apostolic letter, to criteria of ‘proportionality and progressiveness’. Here is the full text of the petition of Vatican employees

1 thought on “Vatican, salary cut: employee petition to the Pope”