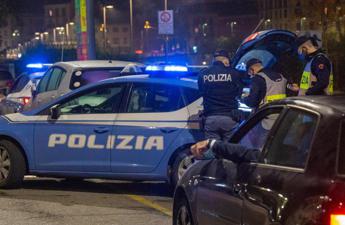 Curfew at 11pm in Italy, pending the white zone. The reopening decree, passed by the government, is in force and the first measure is the postponement of the curfew from 10pm to 11pm. The ban on travel is always valid until 5am the next morning. The decree provides for further steps: from 7 June the curfew will move to midnight and from 21 June it will be completely abolished. The novelty is the first step of the ‘Draghi plan’, which will come to life next month with the restoration of the white zone: the most significant changes will immediately concern Friuli Venezia Giulia, Molise and Sardinia, which will become white on June 1st. On the 7th it will be the turn of Abruzzo, Veneto and Liguria: for all, no curfew and the only rules to be respected will be a mask and distancing. On Tuesday evening, the President of the Republic Sergio Mattarella signed and issued the decree approved on Monday by the Council of Ministers, which governs the reopening in reference to the evolution of the Covid pandemic. “From the date of entry into force of this decree and up to June 6, 2021, in the yellow zone, the hourly limits to travel referred to in the measures adopted in implementation of article 2 of the decree-law of March 25, 2020, n.19, converted, with amendments, by law May 22, 2020, n . 35, start at 11.00 pm and end at 5.00 am the following day, except for travel motivated by proven work needs, situations of necessity or for health reasons – it reads -. 2. From 7 June as of June 20, 2021, in the yellow zone, the hourly limits for travel referred to in paragraph 1 begin at 24:00 and end at 5:00 the following day “. “By order of the Minister of Health, hourly limits may be established for journeys other than those referred to in paragraphs 1 and 2 for events of particular importance”, reads the text of the decree on reopening published in the Official Journal. ITALIAN INFECTIONS – Meanwhile, in our country, 4,452 infections and 201 deaths have been recorded in the last 24 hours. 262,862 swabs were performed and the positivity index drops to 1.69%. After the decisions on curfews, reopening and zones, there has been a further decline in the number of patients in intensive care in the country: they are 1,689 (-65 since yesterday), with 86 new entries. Ordinary hospitalizations are 11,539 (-485 from yesterday), 3,727,220 recovered (+11,831) and 315,308 currently positive (-7,583). SON – During the day, the extraordinary commissioner for the Covid emergency, Francesco Paolo Figliuolo, asked all the Regions to go ahead with the vaccination plan: “It’s easy to get caught up in propaganda, to say ‘let’s do that category or that other ‘but if we do not secure the over 60s who are the ones who are 95% likely to end up in hospital or intensive care or even die, we will not go out. In these two weeks we have to focus on these two categories then to June with the most massive influx of vaccines we could think of going to have inoculations on the rest of the categories, I am thinking of the productive categories, the hotel tourism sector, the large-scale distribution sector, which need them “. MRNA VACCINES – As for the boosters, for Pfizer and Moderna – mRna vaccines – the second dose could be delayed up to 90 days. For vaccines “the cell-mediated response is very important, for which we do not yet have a measurement in the practical routine. And this is so true that last week in ‘Nature’ a paper was released that shows that we could delay as much as 90 days the second dose with an mRna anti-Covid vaccine because the response in the recall, the so-called boost, is even stronger. This is a fact that further reassures us “explained Giorgio Palù, president of the Italian Agency of Aifa drug, during the hearing in the Senate Hygiene and Health Commission on the methods of administering vaccines against the Coronavirus at mRna. GREEN PASS – On the issue of the vaccine passport, “we are waiting to read in the Official Gazette the provision that extends the validity of the green pass to nine months” said the president of the National Federation of Medical Orders (Fnomceo), Filippo Anelli, anticipating the news according to which the provision to extend the duration of the vaccination pass to 9 months was included in the ‘Reopening’ decree passed by the Council of Ministers. “We thank the Minister of Health, Roberto Speranza, for having promptly accepted the requests of Fnomceo, giving immediate answers to the requests of professionals”.

REOPENINGS – THE CALENDAR – Meanwhile, pending further news, here are the main and gradual changes for the yellow areas, with the entry into force of the decree: – the ban on travel due to reasons other than work, necessity or health , currently scheduled from 22.00 to 5.00, will be reduced by one hour, thus remaining valid from 23.00 to 5.00. Starting from 7 June 2021, it will be valid from 24.00 to 5.00. From 21 June 2021 it will be completely abolished; – from 1 June it will be possible to consume food and drinks inside the premises even after 6.00 pm, until the closing time provided for by the regulations on travel; – from 22 May, all the businesses present in the markets, shopping centers, galleries and commercial parks they will be able to remain open even on holidays and the day before holidays; – the reopening of the gyms will be brought forward to 24 May, compared to 1 June; – from 1 July the indoor swimming pools can reopen, swimming centers and wellness centers, in compliance with the guidelines and protocols; – from 1 June outdoors and from 1 July indoors, the presence of the public will be allowed, within the limits already provided (25 per cent of the maximum capacity, with the limit of 1,000 people outdoors and 500 indoors), for all competitions or sporting events (not only those of national interest); – from 22 May it will be possible to reopen the ski lifts in the mountains, in compliance of the sector guidelines; – from 1 July arcades, betting rooms, bingo halls and casinos will be able to reopen to the public; – theme and amusement parks will be able to reopen to the public from 15 June, instead of from 1 July; – all activities of cultural centers, social centers and recreational centers will be possible again from 1 July; – from 15 June, parties and receptions following civil or religious ceremonies will be possible, even indoors, through the use of the “green certification”. Activities in dance halls, discos and the like, outdoors or indoors, remain suspended; – from 1 July it will again be possible to hold public and private training courses in presence.

1 thought on “Curfew in Italy from 11 pm, regions towards the white zone”